MNN. May 11, 2013. Indigenous men are not dumb, drunks, wife beaters, criminals, deadbeats or studs. Guilty while being Indian, is a contrived image. They are loving husbands, brothers, sons, fathers, grandfathers, friends and cousins with a deep devotion to our people and our land. The invading corporate banksters don’t like them standing up for our law so they set out to demonize them all, for their political and economic gains. We do have selfish scum who illegally allow outside interests to take advantage of our sovereignty. 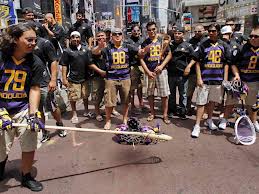 Statesmen and warriors take care of the people.

The Kaianerekowa has definite functions for our men: protection, defense and welfare of the people. These duties may take many forms. Keeping the peace, teaching, speaking to the people, repossessing lost lands, maintaining human rights, diplomatic relations with other nations, and any work that promotes the welfare of the people. [Wampum 36]. 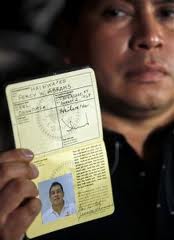 International relations is their duty.

The European colonists’ strategy is that all women are the lowest of the low. In 1875 they raised the age of “consent” for sexual abuse of their girls to 12 years old. They wanted our men to mistreat us in the same way and planned to show them how to do it.

In Canada the church and government set up the sexual abuse strategy by kidnapping our children from 3 to 16 years of age. They were imprisoned in residential school death camps run by the government and churches. The clerics and government officials sexually abused them. Half were murdered. The rest were shown how to brutalize each other. These children were threatened to keep their mouths shut or else! Then they were released to destroy their people. 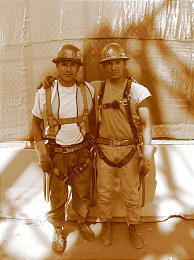 The colonizers denied our men their manhood. They drew them as menacing, dangerous, alcoholic, marginal, childish and animal-like. This terrifying portrayal made the white population shake in fear of our men.

As statesmen and warriors, our men tried to protect us and hold onto our possessions. Illegal corporate by-laws were passed to deny us our human rights. The corporation of Canada made all our decisions on work, movement, education, family relationships, languages and culture. The ultimate penalty was seizing our children, putting them in death camps and then killing them. What if the white men were all called bums, welfare cheats or jailbirds? 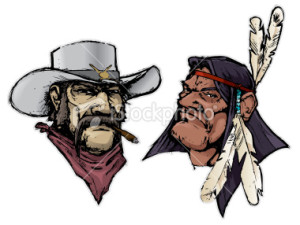 Canadian institutional oppression and threats of physical terror aim at depriving our men of their manhood. The corporate Injun man is paid to impose this strategy. Some day soon we will deal with them. as Chicago Transit Authority said: “I’m a man, yes I am, and I can’t help but  love you so”.

“I thought you said they were bums and drunks!”

3 thoughts on “ROTISKEN’RAKE:TEH: OUR MEN”