MNN. Feb. 4, 2021.  In 2008 A native judge [Murray Sinclair] helped set up a company known as the “Truth and Reconciliation Commission Inc.”  It’s similar to the Warren Commission on the cover-up of the Kennedy assassination. The commission was authorized by our butchers, the CROWN, to remove the genocide charges of the indigenous people which is holding back CANADA from having a real country. Every lawyer makes an oath to the Temple Bar in London to become a bar lawyer.  He is an agent of the CROWN.

Judge: “Have you got me covered.”

The Commissioner’s mission is to protect the companies and settler colonists, who are the beneficiaries of the theft and genocide of indigenous and the ongoing economic sanctions that continues to this day. Since the Commissioner and CANADA are connected entities, the right hand cannot wash the left hand.

Now Perry Bellegarde, formerly of CANADA’s AFN, wants to be the next Governor General, the CEO of the Corporation of CANADA.

We are direct descendants of the only natural people of ono’ware:geh, turtle island, tied to our mother through the women. Foreign usurpers can never have this relationship. Their helpers, the  incorporated INDIANS known as the elected band council, take an oath or are contracted to help complete the CROWN’s business plan [the Indian Lands Acts of 1924] for total termination of the original people of turtle island by 2024.

Perry Bellegarde is vying to be a bigger traitor than Joseph Brant, who died alone at his mansion in Burlington, so poor all he had was money.

To be at peace they must go home to their mother across the ocean. They arrived here sick physically and mentally. We and our good mother took care of them. We helped them plant and live, as long as they lived by the great peace and the two row, which they violated. These squatters must leave so they cannot continue to rape and desecrate our mother for the bankers. The bankers own outright each citizen through the banking document known as the “birth certificate”.  They are also sole trustees of all the municipal incorporations throughout the land. 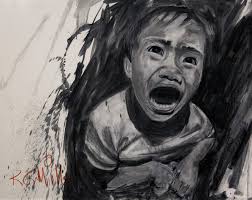 kaia’nereh:kowa, the great peace, our constitution, is the way of onowarekeh, turtle island. Only the original people have jurisdiction which cannot be sold, conveyed or transferred.

The women saw them as iah onkweh ti [they are not natural people] and suggested they return to their origins. On turtle island they were dishonest, ruthless and ignorant. The white man returned, created the United States of America, and committed the greatest crime, chopping down the tree of peace in onondaga in 1779 and creating the Republic of War that has terrorized the world. 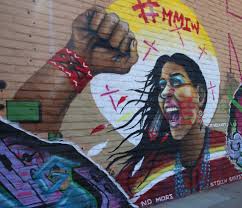 The ‘company’ wants to keep coming for our men, women, girls, boys, babies and elders.

We saw their paedophilic ways and knew we could not trust them with our children. They kidnapped our children and put them in death camps called Residential Schools. TRC Inc. was designed  to keep the genocide issue out of the International Court in The Hague. Presently the culling of the indigenous people is known as “missing and murdered women and children”.

All humans, animals, plants and natural life on our homeland are meant to sustain us. The white man has tried to take over the role of mother nature with their man made corporate Admiralty statute law.

Their business plan continues to put economic sanctions against us, criminalization, targeting, denying us use of our lands and resources and interfering with our efforts to support ourselves. They refuse to fix what they broke.

We want a better future for our children as intended by creation.  We call on our international partners of the world to apply pressure on the corporation of CANADA and hold them accountable for the crime of genocide.

The black wampum is the last offering of peace. All animals in nature avoid conflict. Bear, wolf and others will try to run away from a fight. When they are put in a dangerous situation, they will defend themselves. All natural life has the right to self-preservation.

These two traitorous men, the TRC Commissioner and the one who wants to be the Governor General, want to help the murderers forget their killing spree of 150 million indigenous people and help them get off scott free. The band council joins the pyramidal control structure of the whites as judge, jury, executioner. They choose to help our enemies deny their responsibility, and to forget our suffering. The TRC Commissioner got them off. Mr. Bellegarde wants the brutal killings to continue! His pipe dream is for the rest of the onkwehonweh to become like him, a corporate fictional INDIAN who can share the scraps of his white masters.

As George Thorogood lets us know how these traitors are; “On the day I was born, the nurses all gathered ‘round. And they gazed in wide wonder at the joy they had found. The head nurse spoke up, said “Leave this one alone”. She could tell right away that I was bad to the bone!”