MNN. 28 Sep. 2021. For “Wreck’conciliation Day on September 29 take down every cross on our turtle island to help stop the genocide. How does the white man define “reconciliation”. They cannot be forgiven for murder of millions of our people. It’s unconscionable.  The cross is like the swastika of the Nazis which was worshipped like the crosses by Canadiens. Hardly anyone goes to church today. They won’t miss the crosses when they are gone. 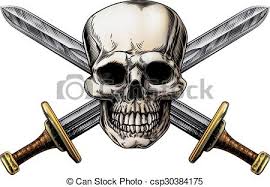 For centuries crosses were the sword like the more recent atomic bomb. The sword became the cross for genociding and subjugating peoples all over the world. We call this ka-tseh-nen ion-ki-ionni. They attempted to make us into household pets. The Catholics went overboard with the cross symbolisms. Most churches put the cross on their roofs to be identified as Christians and to be tax-free.

The explorers knelt down and put the sword into the ground as an act of war, conquest or subjugation. We were totally unaware what the act meant to them. The sword was the “cross” of the Christian religion which was the path of genocide, not a symbol of peace. Our experience with the cross has been systemic hatred, injustice and racism.

The sword disguises itself as something good. In fact all churches have been deceptively evil. Catholic followers cross themselves, bow, kneel and worship this symbol. They glorify and celebrate nailing Jesus to the cross and baking him to death in the sun. Priests cross people who then cross themselves to acknowledge their submission to him. 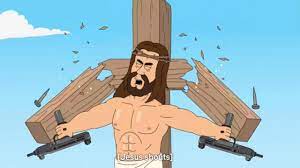 The churches got away with murder. Confession gives them a right to be silent on all the evil they do.

The sword in the ground is 100% related to what happened to our murdered children that the government and churches hid in unmarked graves throughout turtle island. That declaration of war against us and our children continues. They came on our land and killed us. We defended ourselves. They stuck that sword into the heart of our mother earth.

kaianerekowa, the great peace, does not allow foreign hate signs. When the intruders came we watched them and helped them like they were our brothers. Then they forced their unnatural thinking on on us. They said the Crown would treat us like a father and unilaterally made us ‘wards’ of the state without our knowledge. They worked slowly on us with that cross. The mind conditioning gave them power. They groomed us to obey them and their dubious ‘faith’. It was a con to set us up for their secret plan to completely genocide us. 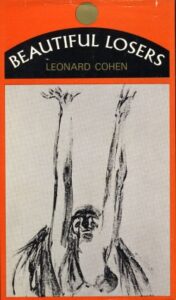 Leonard Cohen of Montreal misinformed that it’s beautiful that we Mohawks are ‘losers’!

Rather than declaring war and using weapons, we were eliminated. Residential schools yanked our babies from the arms of our mothers, taking us, violating us and then putting us in the ground. The church and government were in total control of the murders. They eliminated eye witnesses.

Their demonic thinking controls their flock. The puppet band and tribal councils still go along with them.

Those who stayed with the great peace were disrespected, tormented and ostracised to destroy the great peace. Agreements and treaties were made with people who were traitors which continues. Creation made our minds so we could protect ourselves. That’s when the government kidnapped our children and hired the churches to murder them so there would be no more onkwehonweh. The purpose of reconciliation is to violate the two row treaty by pulling us out of our canoe and forcing us into their ship.

We always tried to remind the Crown of its responsibility to follow the treaties and human rights. Groups were created by the Crown to help carry out the genocide.

The sword and the cross destroyed the minds of many but not all.

The cross on Mount Royal in tianni tiotakon[Montreal] claims our land for France and for the church. No natives ever ceded any land to France. That cross should come down first. Also the many crosses in kahnawake continue to confuse us, when we are capable of taking care of ourselves without their obstructions. Every cross represents the squatters claim to our land on behalf of the Crown. It’s  lit up and fancy to rub it in our faces. Remove it.

The first pandemic before covid was when the intruders first set foot on our land creating an epidemic of hatred to the present.  All crosses which are symbols of hate should be eradicated from turtle island.

The question to Jesus Christ Super Star is, Are you what they say you are?”. . “Everytime I look at you I don’t understand why you let the things you did get so out of hand. You’d have managed better if you had it planned. Why did you choose such a backward time and such a strange land. If you’d come today, you’d have reached a whole nation….”

Day for Truth and Reconciliation is organized by the Department of Canadian Heritage. THE MURDERERS CONTINUE TO ASK FOR RECONCILIATION. https://www.canada.ca/en/canadian-heritage/contact-us.html