MNN.  Sept. 19, 2012.  To Americans freedom of speech means the ruling masters train their people to be abused without complaining.  They are unnatural, living a decaying life on top of steel, concrete and glass.  Their put-down culture is to deceive and insult each other on a road paved with trickery and twisting of reality.  Their most dangerous obstacle is the truth, which they set out to kill at every turn.

As the Muslim riots demonstrate, when natural people are unfairly insulted, they seethe with anger. The filmmakers of “Innocence of Muslims” insulted natural people, who are proud and stand up for their dignity for the sake of their children. 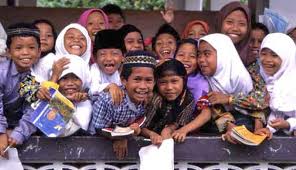 Humiliating Muslims in grotesque disrespectful cartoons to bring them under control is called satire and free speech.  Muslim resistance is labeled as crazy and hysterical. We have a right to defend our integrity.  We won’t stand being lied to about ourselves.

The US talking heads say, “Sorry!” for the fall out over the ridicule.  Sorry does not exist in Mohawk, a natural language.  It is an invented English word.  Once said, we are forced to submit and to forget the wrong.

Forgiveness is another invention.  We are supposedly a better person by forgiving someone who has harmed us.

A wrong does not magically fly away.  The injustice should not have been done in the first place.  In our way, the wrong doer faces their victims, takes full responsibility and makes it right to their full satisfaction.

The ugly truth about the biggest holocaust in all humanity of our people has been hidden.  The liars’ club say because of freedom of speech they can lie to our faces  hile stealing our possessions.

Fictional films, books and stories about us are aimed at killing us one way or another.  Every time an Indigenous woman is found dead, the media immediately spins propaganda that she was a “street worker”, to demean the character of all our women. To control us, they need to create an inferiority complex.

Ridiculing us for entertainment is an old strategy.  Our women and children were murdered, their skin taken to make hats and leggings for themselves as a joke.  The need to belittle and undervalue is the foundation of US comedy, to make people laugh at the horrible suffering of others.  Their culture is designed to induce self-hatred and depression and selling products to cure it.

The tactic is to make us dislike ourselves and our own people by shaming us and attacking our self-esteem.  Their education system tries to emotionally manipulate our children to accept abuse and say nothing about injustice.

Muslim resistance is threatening to expose this tactic.      Americans and their Western partners fear revelation and answering for their reprehensible atrocities.

We are angry at the attempted continuation of their genocide.  The ruling class don’t know how to deflect this anger.  We refuse to exist in a contrived state of self-deprecation for the purpose of helping them deal with their anxiety over their brutality to us.

Colonial brats can be comforted by the words of songwriter Carol King:  “And It’s too late baby.  Now it’s too late.  Though we really did try to make it, something inside has died and I can’t hide it.  And I just can’t fake it.”