MNN. Mar. 1, 2013. A letter has been sent to the Corporation of Canada for full payment to Indigenous shareholder, kahentinetha, of her share of the ever-growing Indian Trust Fund, also known as the First Nations Trust Accounts. 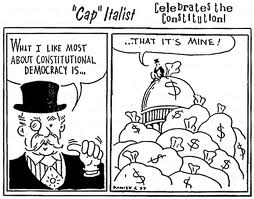 The Government of Canada is the trustee of First Nations Trust Accounts which today contain many trillions of dollars. From that is many billions of dollars a year interest. For 150 years Canada has been receiving, holding and spending it without our knowledge or consent. This money comes from the exploitation of our land and resources which we never surrendered. The 1907 law declaring us as non-persons is no longer in effect. You do not have the power of attorney to do as you wish without our permission. The government has no legal choice but to turn our trusts over to us, the Indigenous beneficiaries.

As a beneficiary to the trust, I demand full payment of my share of the Indian Trust Funds, also called First Nations Trust Accounts. Also, as a shareholder, I am informing you that Canada does not have my permission to take my trust funds by declaring me as a “Canadian” citizen against my will. Furthermore, Canada cannot move or spend any of my trust funds without my permission. 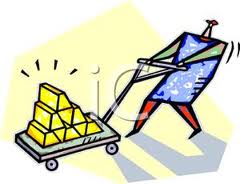 …and don’t tell me what to do with it!

So that Indian Affairs doesn’t administer my funds, I demand that my share of the trust funds be placed with a trustee that I have appointed. If possible, I prefer to have my portion of the Indian Trust Fund delivered in gold bars because it comes from Mother Earth, Onowaregeh.

As Ry Cooder sang: “My telephone rang one evening. My buddy called for me. Said the bankers are all leaving. You’d better come round and see. It started revelation, they robbed the nation blind. They’re all down at the station. No banker left behind.”Ry Cooder : No banker