MNN. Mar. 21, 2013. Canada’s Minister of Finance, Jim “Who-Just-Came-Back-from-Some-Kind-of-Rehab” Flaherty announced his government’s plans for spending our money. His convalescence didn’t do him much good. He still looks worried, fat faced, beet red nose and a big beer belly. He presented the budget on how Canada is going to spend our ever-growing $55 trillion Indian Trust Fund. Every cent of Canada’s money is ours. The “budget” is their plan on how to keep it out of our grasp. 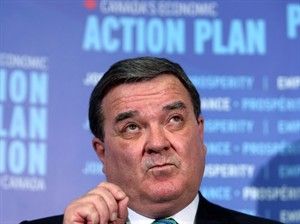 Flaherty: “Mmmn! I needed more than a month off!”

We’re never asked how our stolen money is going to be spent, breaking international law. Our money comes from the royalties and profits made from the exploitation of our stolen resources. It’s in the special account that was set up according to Section 109 of the British North America Act in 1867. Canada made itself a trustee of our money. They’re illegally spending it like kids in a candy store, without our fully informed consent. They even run their genocide (Indian Affairs) and war program with our stolen money.

On Budget “Brag” Day the Minister of Finance is supposed to wear new shoes. He borrowed some old smelly ones while keeping us, the owners of the money, practically barefoot. We are getting a small allowance of $241 million, over 80% going to their administrators. They fantasize about us begging for the rest. Their corporate Indian puppets [band and tribal councils and national and provincial Indian organizations] are getting well paid to help them carry out the biggest heist in history, the theft of our Indian Trust Fund. 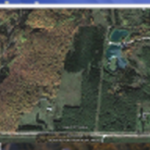 Flaherty said all programs are being slashed. He complained about the “tax cheats”, like himself and his accomplices. He wants every nickel. His banker royalist overlords in England are screaming, “Where is that Indian Trust money? We need it now!” He personally stopped the banks from lowering interest rates for buying houses. His $20 million house in Nottawasaga is for sale. He needs the “right’ buyer. Jim, it’s on Mohawk land and it’s ours! Right in Thahoketoteh’s personal claim!

$282.6 million is for “debt service charges”, going to them and their banker friends, who are the “benign and silent” protection racketeers. The fraudulent deficit of $25.9 billion is fiction. The drop in government department spending means they’re closing down their shop. The “vente” [for sale] signs are on the lawns. $47 billion on infrastructure for their gated communities to protect them from the angry masses. Those National Defense jets are ready to help them try to flee, with the loot. 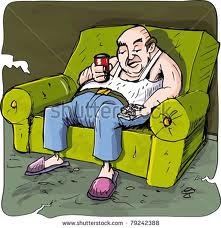 Provinces: “That Injun money is gonna keep looking after me.”

A lot of money is going to his lazy relatives, called “provinces’. A million here, a few billion there for grants, job training, infrastructure [fixing the potholes], venture capital. Corruption cover-up is hard work, never mind the fear of getting caught. Bills will not be paid or consolidated. It’s  going into personal Swiss or Bahamas bank accounts. They’re making a run for it.

There are big plans for stealing more of our resources and allegedly moving our trust funds out of Canada. They need us out of the way. This gang of thugs dream they’re going to hide out in their secret bunkers but will realize their greatest fear, they are no longer secret.

Before they go, we will get every cent of our money. They are not leaving here with anything they didn’t bring. The only place these crooks are going is into a jail cell in their Fatherland. With desperate governments grabbing people’s bank accounts in Cyprus, we will take our Indian Trust Funds asap in gold bars and keep it somewhere safe. 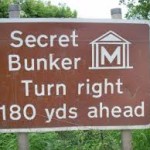 As Dolly Parton reminds us of the corporate designed futility: Workin’ 9 to 5. What a way to make a livin’. Barely gettin’ by. It’s all talkin’ and no givin’. They just use your mind and they never give you credit.”

1 thought on “THE BUDGET”