MNN. May 4, 2013. As the bankers say in their Secret Covenant, “When a light shines among them, we shall extinguish it either by ridicule or death, whichever suits us best”. Feints are designed to distract or mislead, by giving the impression that a certain maneuver will, or will not take place. There are two types, feint attacks and feint retreats. Feint attack diverts us to concentrate on something so that another area is weaker. Feint retreat is direct contact to draw us into an ambush or cause disarray and then they retreat. 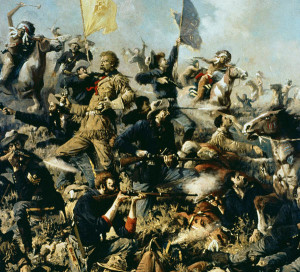 Custer ‘feinted’. He should have retreated.

Canada acts like a resource owner and a sovereign entity. They want to charge higher royalties, which has to be put into our ever-growing Indian Trust Fund. The world knows we own all the land and natural resources. We should be dictating foreign policy. Canada is vulnerable to internal disruptions such as our questions and assertions. 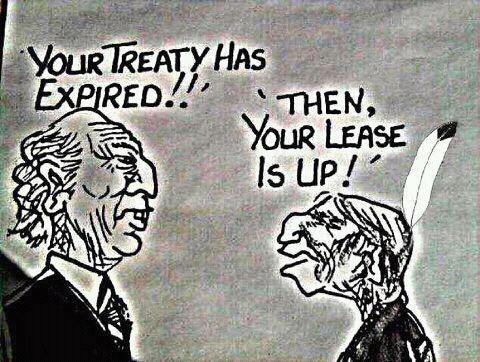 The corporate “injuns” like are the AFN, tribal and band councils and their instigators. They help the bankers set us up for the kill. They have to keep the Indigenous people peaceful and blind. AFN tells us we have to languish in third world living conditions for now, so they can “rescue us from the realities”. That is torturing us until we give in.

Canada is planning a catastrophic confrontation between us and the settlers. Canadians have to be made fearful of us. Our people under 30 years of age are called “warriors” or thugs who have to be disarmed and pacified. Between 1996 and 2006 our population under 30 years of age grew by 42%. The corporation plans new constitutional frameworks, even though they have no ratified constitution. Limits on legitimate protest and armed confrontation are being set by them.

Keep an eye on the infiltrators and spies. We have to become self-sufficient communities and take hold of our own destiny. There is little security for us. No one is guaranteeing our safety, but ourselves. 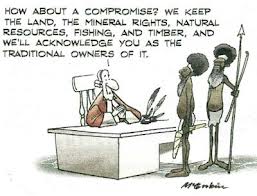 Canada is alluding that we may create “child soldiers” like in Africa. The Great Law mandates that every one is born to protect Great Turtle Island, male and female, of all nations. 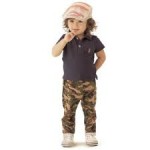 This is my great grandchildren’s land!

They know that a worldwide revolution is coming between the Indigenous and non-indigenous. Indigenous are everywhere in the world with no borders between us. We are one people. The bankers’ empire is divided and crumbling. The bankers gave themselves the right to use physical force against us. The Great Law gave us the right to repel that evil force. Everyone has a right to resist and pursue peace and freedom. When the people stand up they will stop the war, as Pete Seeger pointed out: “Well, i’m not going to point at any moral; i’ll leave that for yourself. Maybe you’re still walking, you’re still talking, you’d like to keep your health. But every time I read the papers, that old feeling comes on; we’re waist deep in the Big Muddy, and the big fool says to push on”. Waist deep in the Big Muddy

The Bland Plan for Injuns