MNN. May 9, 2013. An Indigenous communal society is made up of humans with familial ties. Each is free, equal and has a voice. All work together to maintain the survival of the extended family. Some are good hunters, or woodsmen, or fishermen or medicine people or tradesmen. Some plant and maintain the agriculture. Some may not be able to contribute. They still have a right to an equal share of the proceeds provided by our mother earth.

Those who take more than their share and hide it or flaunt it violate the people. Someone with a secret stash often does not do their share. They become lazy, dulling their survival instincts. Their insensitivity might endanger the rest so they are banished. In the past it was a death sentence as they could not survive alone. 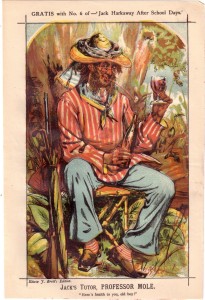 The Ongwehonwe are equal to our surroundings, the animals, fish, winged ones, the crawling creatures, rocks, trees, brooks and earth. No one is better or less than another. No leader exists. The non-verbal communication between us and the natural world is very real.

The invaders brought an unnatural way, a one-god, individual-ego system. We are told to forget about our ties to our people, to follow their ways, to “better” ourselves and make our own decisions to be better than everybody else. We are trained to become self important and stop thinking of being an equal member of our group. 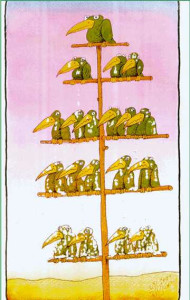 The invaders convinced some of us to go to their schools and churches to be brainwashed to their ways. Some are trained to think they are better than their people. To better themselves and be accepted by the European hierarchical system they marry an invader. A good job, a 2-garage house, cars and three children shows they have “made it” in the foreign ways. Their mates are  tough harsh people who protect them from their weaknesses, especially their desire to be among their people.

After a while these modified Indians feel a need to go back and help their people become hierarchical like them. Their people see them as betrayers and will never accept them back. These Indians falsely figured they have to lower themselves in a downward spiral to make their way back into our society. It doesn’t work that way.

They can’t come back to the one mind because they accepted the programming of the dividers. As the bottom rung in the pyramid, they get the most shit on them! The traitors amongst us are playing a dangerous crap game, as Mick Jagger sings: Tumbling dice “Honey, got no money, I’m all sixes, sevens and nines. Say now, baby, I’m the rank outsider, you can be my partner in crime. You got to roll me and call me the tumbling dice.”