MNN. July 21, 2013. In the 1930s “the modern state laid claim to the individual body for its own social, economic or military needs.” “Useless bodies were made useful by being used in the national project of regeneration”.

In March 1942, a group of scientific and medical researchers went to Norway House, Cross Lake, God’s Lake Mine, Rossville, and The Pas in Northern Manitoba Canada. Conditions were “deplorable”. The people were starving. Their task was to conduct experiments on us through controlled starvation. Sponsors were Indian Affairs, the New York-based Milbank Memorial Fund, the Royal Canadian Air Force (RCAF) and the Hudson’s Bay Company. Managers were Dr. Percy Moore of Indian Affairs Medical Services and Dr. Frederick Tisdall, a RCAF Wing Commander.

10 Nuremberg Code Principles came out of the Nuremberg Doctors Trials addressing the atrocities of Nazi doctors and scientists as ethically wrong. Scientists viewed it “as a code for barbarians and not for civilized physician investigators” of our people.

During and after the war hunger was epidemic among Indigenous people. Violating the Nuremberg Code the researchers saw residential schools and our communities as “experimental materials” and “laboratories” to pursue their political and professional interests. 50% of Indigenous people died during and after these experiences. The researchers argued that white people had to be protected from Indian “reservoirs” and “vectors” of diseases like tuberculosis!! The James Bay Survey, at Attawapiskat and Rupert’s House, searched for the connection between food, nutrition, and the “Indian Problem”. 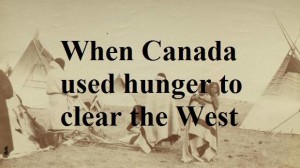 Indigenous were to be lead away from racial indolent habits caused by their easy means of feeding themselves by hunting and fishing. Moore, in a 1941 article, said that, because “the Indian” has the “psychology of a child,” researchers should not tell them about the research.

Studies were made possible by their access to deliberately starved children through being made wards of the state. “Controls” and experimental subjects were set up of children that were deprived for two to five years of nutritionally inadequate diets and denied dental care to create anemia. 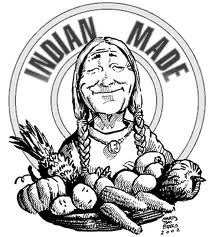 In the 1950s, Indian Affairs socially engineered a solution to the “Eskimo Problem” of hunger and “dependency”. The Ahiarmiut of Ennadai Lake “experimentally” were relocated to isolated animal-less areas without their consent. Hunger, starvation, and misery killed many of them. Indian Affairs Robert Phillips wrote to the Deputy Minister in 1955 that it was useful for the Department to “think of 9,000 Eskimos as a laboratory experiment and give the imagination full rein on what might be done to improve the culture.” We continue to be “experimental materials” and “laboratories” for scientific and social experimentation. They are part of a larger institutionalized and dehumanizing colonial racial ideology that continues to be Canada’s policies towards us. Though we developed most of the food eaten worldwide, we continue to be one of the most starved. Willie Dunn sang about governmental death dealing tricks: “Crowfoot, Crowfoot/ Why the tears?/ You’ve been a brave man for many years”. Willie Dunn: Ballad of Crowfoot