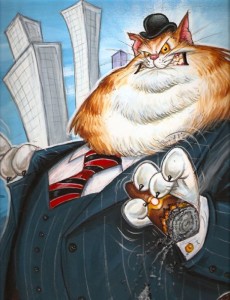 Fat Cats: “Rob, we’ll tell you when to step down”.

The corporate system is riddled with loopholes to keep a rich dabbler like Rob Ford in. His job is to ignore the will of the people. They can vote for one of the candidates put up by the corporate shareholders [the bankers], and the Fat Cats. They decide whether their CEO, Rob Ford, steps down or carries on.

Fat Cats, are rich greedy donors with big money who want to live easy off the work of others. They get involved throughout the apparatus of government, even sports teams, outreach workers and Santa Claus Parades, to name a few. Mayors give contracts to companies owned by syndicated crime.

Ford allegedly asked women applicants for jobs in city hall to smoke pot with him. 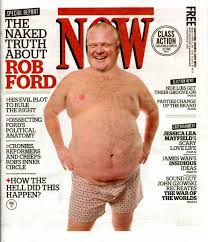 Laugh and the world laughs at you!

This would get them into compromising positions and easier for him to control. Ford uses blackmail to keep people in line.

Ford is ambitious. He appears to be self-absorbed indulgent and whimsical, who goes after the heads of his perceived enemies or anyone who does not worship him. 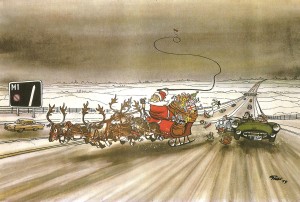 Wow! Even Santa doesn’t want you in his Toronto Xmas Parade!

His handlers have instructed him to play the court jester to divert attention away from serious issues.