MNN. May 14, 2014. Seventeen winters have passed since over 100 Iroquois women, children and men were viciously attacked by the New York State Troopers while we were conducting a thanksgiving ceremony. The issue is now before the Admiralty Court. The whole natural world awaits a return to the natural proper balance. As infamous Rob “12-step” Ford, the crack-smoking mayor of Toronto, advises on Indian matters, “It’s a real sensitive issue. I can’t step on any toes!” All front men for the shareholders of the “crown” corporation known as the United States of America have the main task of continuing the illusion of freedom to the people. Our lawyer, Terrance Hoffman, dumped those of us who would not take the money. The original Two Row Agreement and the treaties have been breached. 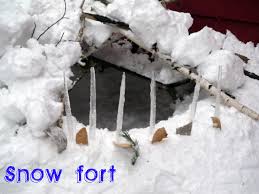 “Mr. Obama, no more snow day on the treaties. They must be obeyed!”

Since being left out in the cold, I had to warm up my hands and put on my warmest moccasins. I sent the following letter today to US President Barack Obama by UPS [#Y097207 @ 3.45 pm]. Kahentinetha.

The Two Row Wampum [Guswentha] and the Canandaigua Treaty 1794 were the first treaties enacted by the United States of America after the Revolutionary War. It provides that when peace and friendship is interrupted between an Iroquois party, nation or the Confederacy, complaints shall be made to the President of the United States. He must act upon the matter to correct the impediment to peace that has been breached by any of his parties. 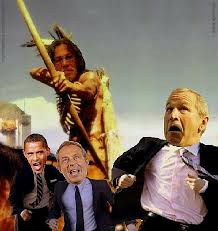 Splitting the Sky: “We will fight for the Great Peace!”

This case began on May 18, 1997. Over 160 New York State Troopers attacked us while we were conducting a thanksgiving ceremony at a private property on Onondaga Territory. Terrance Hoffmann Esq. of Syracuse and the lawyer for the other victims, Morvillo Abramowits of New York City, approached us and suggested suing New York State. We victims want those who plotted the plans, gave the orders to the police and the policemen who carried out the crimes to be punished. In 2008 NYS Judge George Lowe, after studying the evidence, reported that NYS would lose the case should it go to trial. He strongly advised NYS to settle with us for money. Some clients were coerced into taking the money. Mr. Hoffmann advised those who did not to find another lawyer or represent ourselves in this complex 17-year old case. He pressured us to take the money and let the criminals get away with their wrongdoing. We told him to keep the money. We want the criminals charged. On May 19, 2014, Mr. Hoffman will ask Judge Dancks to let him drop some of his clients. 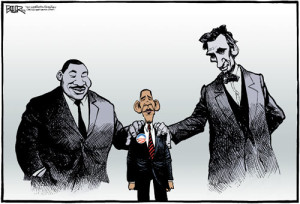 Mr. President, this is one of the first treaties the US ever made. It is binding. The peace is threatened. You must make sure the wrong is made right. We don’t want a judicial remedy. We want a political remedy as prescribed in the Two Row Agreement and the treaties.

As Snow Job sings: “We got some rifles and they’re loaded too. We got our sights set on you”. Snow Job. “Jack Frost Blues”.

Canadaigua Treaty, 1794, Article 7 provides that, “Lest the firm peace and friendship now established should be interrupted by the misconduct of individuals, the United States and Six Nations agree, that, for injuries done by individuals, on either side, no private revenge or retaliation shall take place; but, instead thereof, complaint shall be made by the party injured, to the other; by the Six Nations, or any of them, to the President of the United States, or the superintendent by him appointed; and by the superintendent, or other person appointed by the President, to the principal chiefs of the Six Nations, or of the nation to which the offender belongs; and such prudent measures shall then be pursued, as shall be necessary to preserve our peace and friendship unbroken, until the Legislature (or great council) of the United States shall make other equitable provisions for the purpose”.