MNN. 6 Sep. 2019. First Canada murdered most of us. We had lived for thousands of years in peace until the white serpents brought back the war. 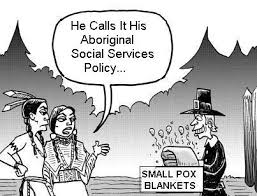 THE MASS MURDERS STARTED WITH THE JESUITS & THEIR BIOLOGICAL WARFARE WHICH CONTINUE TO THIS DAY. GUNS,  ALCOHOL, DRUGS & THEIR DISEASED WOMEN WERE PART OF THEIR ARSENAL.

By the 1800s, the settlers had perfected their killing machines when other forms of extinction were enacted. These were the Indian Act, the Indian Lands Acts of 1924 that created prisoner of war camps for the natives called reserves that we still live in today. We are the protectors of all of turtle island. 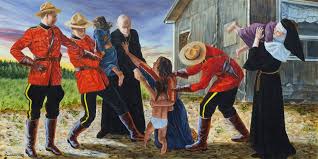 THE MAIN TARGETS FOR DEATH AND ABUSE WERE THE CHILDREN AND BABIES.

We were forced into Indian Day Schools to become “Canadians” so our lands could be stolen. Many schools were built with adjacent “health clinics” where extraordinary experiments were carried out on our children. The RCMP would enter the classrooms, children were selected and sent over to the “clinic” never to be seen again.

Our communities were run by the military. World War II vets were brought in to indoctrinate us. Canada is making restitution to the survivors by offering our lawyers, GowlingWLG, $55 million and the victims $10,000 each. $200,000 is dangled if you can prove beyond a reasonable doubt in Admiralty Court the atrocious methods of torture and punishment. One 80 year old survivor has sent the following letter to GowlingWLG.

This is to inform you that you are still my lawyers. I will not withdraw from the Indian Day School class action. In light of the court settlement I request that GowlingWLG accept on my behalf the $200,000 that is being offered, although this settlement pales in comparison to the calculated atrocities I suffered at the hands of the government of Canada.

The genocide system of forcing us to attend the “Indian Day Schools” after 1920 was to make me a part of corporate Canada against my will. I was not even allowed to use my kanionkehaka’onwe name. It was meant to lead to our extinction so turtle island, our homeland, could be taken by the immigrants.

The devised atrocities and life lasting harms continue to be applied equally to all of us to this day. We are one people. You hurt one, you hurt us all.

Canada and the Prime Minister have admitted guilt, liability, responsibility and accountability. 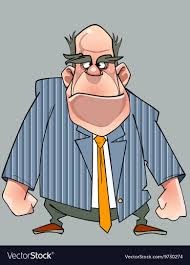 WORLD WAR II VET  RAWLINGS AND OTHERS WERE ALWAYS READY TO CAUSE SEVERE PHYSICAL, SEXUAL, MENTAL & PSYCHOLOGICAL DAMAGE IN THE CLASSROOM.

Canada’s payment is for abuse by teachers, officials, and others directed by the government. Our languages and cultures were constantly attacked.

I attended Indian Day School in Kahnawake, starting in 1946. I am in favor of compensation for this premeditated brutality by the Government of Canada. The settlement is unreasonable. To pursue our case in the Admiralty Court system placed over us, adds salt to the wound. 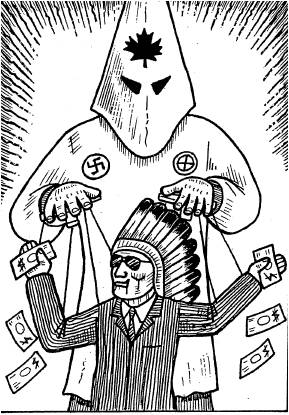 CORPORATE INDIANS LIKE PERRY BELLEGARDE OF THE AFN CONSPIRACY SYSTEM ARE  TRAINED  TO HELP CANADA KILL US OFF.

Canada’s goal was and is always the extinction of the natives through assimilation, as outlined in the Indian Act, Indian Lands Acts of October 25th 1924 and many other acts. The [5 tier] “harm grid” is humiliating and will cause damage in our communities.

I expressed my concerns to the federal court and to my lawyers. Since the court has now approved the settlement Gowling WLG has the fiduciary duty and obligation to continue to represent me. We must meet in person to discuss my case, how the settlement was arrived at, and my horrific journey through the Indian Day School.”

Wow! Chuck Berry sings about the kind of school days we didn’t have: “Soon as three o’clock rolls around. You finally lay your burden down. Close up your books, get out of your seat. Down the halls and into the street. Up to the corner and ’round the bend. Right to the juke joint, you go in. Drop the coin right into the slot. You’re gotta…”