MNN. Aug. 14, 2020. READ PRIME MINISTER TRUDEAU’S STATEMENT in Ottawa on August 9, 2020, on the International Day of the World’s Indigenous People :

LISTEN TO OUR RESPONSE: ON VIDEO 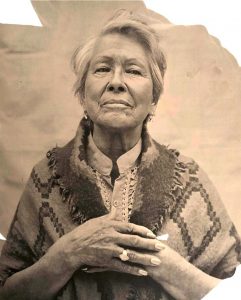 MNN. The Prime Minister of Canada Trudeau, is a “cana’jon”, a squatter on turtle island from which they derived the name “Canada”. He is president of, the corporation of the Government of Canada 1982, a resource extraction company. The squatters take an oath to the Queen, her family, heirs and all her corporations. They have no right to be here according to the teiohateh, the two row agreement that allowed the British into Canada in August of 1701, which they immediately violated. Trudeau and his predecessors benefit from the Canadian holocaust carried out on us.

Trudeau says, “First Nations, Inuit, and Métis are the historical backbone of this country”! They are not original people. They are incorporated entities invented by the corporation of Canada to front for their extraction business. We are placed here by creation, to live in peace as brothers and sisters on our mother, to survive and coexist perpetually. Canada with all its greed and destruction has created a permanent scar upon the earth.

Since their arrival on turtle island they have stolen and destroyed everything they can. Canada is a resource extraction company.

Trudeau did not mention our incarceration as prisoners of war in death camps called ‘reserves’ where most of us still live because we refuse to be their slaves. He says the cana’jon “celebrate the traditions, values, cultures, and strengths of Indigenous peoples in Canada and around the world”. 99% of Cana’jon have never visited a reserve.

Our contribution to their company are our stolen lands and resources. We are so vital to them that on October 25, 1924 the colonists passed the illegal Indian Lands Acts giving our land and resources to all their provinces. That’s when they put us in POW camps, stole our possessions, and performed all forms of atrocities on our people, sexual and mental abuse on us and our children. Canada is a resource extraction company. Every reserve in Canada was created on that day. It legalized the continuing genocide.

Trudeau said they are planning to “recommit themselves to recognizing and protecting our rights!” They cannot recommit to something they never did which means they will never do it. To start they must reconcile massacring us, murdering our children and getting away with genocide.

Our unborn children own everything and we the caretakers cannot give up anything. Trudeau admitted that , “No relationship is more important to Canada than the one with Indigenous peoples” though he has never met with any of us original people. He meets constantly with his employees, the band councils.

While the killing continues, he says they are working to advance reconciliation through an “affirmation of rights, respect, co-operation, and partnership as the foundation for transformative change!!”

“We recognize that Indigenous peoples have the inherent right to self-determination, including self-governance”. We declare this is all our land. We are not and have never been a part of Canada. The corporation supports their “Indian agents” called “band counsels” who implement their economic sanctions to keep the true natural people of turtle island in the death camps and out of the way.

Trudeau is planning to implement United Nations Declaration on the Rights of Indigenous Peoples UNDRIP before the end of this year. Without amendments, the Declaration sets out the standards for the survival, dignity, and well-being of Indigenous peoples around the world and provides guidance to help reconciliation flourish in 21st century Canada. The main result is that Canada must be dissolved because its criminal code is based on the illegal Indian Lands Acts of 1924 giving themselves unlawful jurisdiction over all our lands. Ratification of UNDRIP will dissolve Canada.

Jurisdiction of turtle island by indigenous people must be respected from ocean to ocean and pole to pole as creation intended.

Trudeau says their business plan can only be done through their sell-out Indian traitors. 100% of the traditional people do not participate in the 51% majority rules cooperate elections. The only route for Canada is to forego allegiance to all foreign systems of government and adopt kaianerekowa, the great peace, as the only law of turtle island.

“This year’s theme for the International Day of the World’s Indigenous Peoples is COVID-19 and Indigenous peoples’ resilience”. This means giving more money and power to their corporations, the First Nations, Inuit, and Métis leaders. He gives them the credit for our survival of the past slaughters, torture and current humiliation that they helped Canada to carry out.

In effect Trudeau encourages other corporate entities throughout the world to follow Canada’s model for carrying out the genocide, theft and impunity of prosecution, making it look like they have a path to reconciliation. There can be no reconciliation with us for the 500 years of atrocities. Canada is planning the final extinction of the original people which they call reconciliation and the framework agreement.

The indigenous people of the world have a message, the kaianerekowa, the great peace.

We will not reconcile with those monsters who continue to commit the horrors on our children in their residential school and Indian day school extinction projects. Their pedophile programs continue to this day. Canada is a resource extraction company. They answer to the bankers of the City of London.

The universal law of nature is in the great peace. tok nikon nonwah