MNN. Aug 13, 2022. Here are two articles on “Mohawk Mothers” who asked for the removal of the Mount Royal Cross, translated from French. First, from Quebec reactionary  Mathieu Bock-Coté, followed by a response published on Aug. 11, 2022 in The Metro Journal By Philippe Blouin, Phd. candidate McGill, and Guillaume G. Poirier,  doctorate candidate, U. of Ottawa. 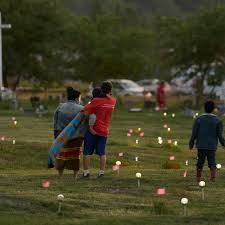 UNMARKED GRAVES OF CHILDREN MURDERED BY THE INVADERS.

The Metro newspaper reported the “Mohawk mothers” as “Aboriginal peoples who see the cross the way the Jewish people see the swastika as equivalent to the symbol of Nazism!

Bock-Cote accuses the “Mohawk mothers” of Nazifying the history of New France. Bock-Cote asks how can one seriously equate European expansion from 1492 and the era of the Great Discoveries with the history of the Third Reich?

Bock-Cote says the new scapegoat is the “big bad white man, presented as a dirty little Satan, condemned to perpetual penitence, to eternal genuflection, to repentance until the end of time. It is obligatory to hate him”… The desire to erase the cross on Mount Royal is part of this logic similar to the public prayer now recited about the supposedly unceded territories, as if we were not at home in our country!

Bock-Cote says in effect that “We are destroying the legitimacy of the countries resulting from European expansion. The Mohawk Mothers do not talk about “reconciliation”, but the most radical Amerindian militants dream of revenge. For them, we are “intruders” in America. They are influenced by the radical left, which leads its anti-Western crusade. Unmistakably the residential schools genocide represent an indelible stain on Canadian history. But redressing this injustice should not mean self-destruction though this is the temptation of our elites, who indulge in masochism”. 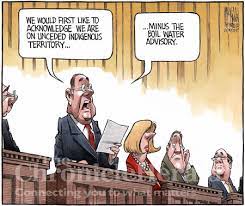 Bock-Cote states that for now the idea of removing the cross is rejected. The Mount Royal Cross represents for them “a major historical  emblem of Montreal recalling historical events, and represents the French Canadian population, transforming the history of the Quebec people into the history of one ethnic community among others”.

Bock-Cote says, “We feel that the City of Montreal is ashamed of this cross. “Mohawk mothers” equating the cross to the swastika means we have already mentally lost the battle”.

Is M. Bock-Coté, MORE CATHOLIC THAN THE POPE. OPEN LETTER – BY PHILIPPE BLOUIN AND GUILLAUME G POIRIER, PHD CANDIDATES. August 10, 2022.  After spending one week in Canada, Pope Francis confessed that his visit had been a real “slap in the face”, leading him to realize that the natives there had suffered genocide. For Bock-Côté, who was born here, the slap does not seem to have come yet. In response to the Mohawk Mothers, who are asking for the removal of the Mount Royal cross, a symbol of the horrors experienced by Aboriginals in the same way that the swastika was for the Jews, Bock-Côté regrets that this request could be “taken seriously” by the City of Montreal. 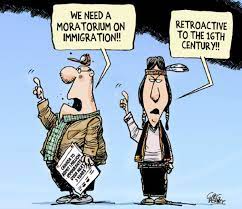 Yet the Catholic Church authority has explicitly recognized the genocidal nature of its program of assimilation of  Aboriginals, and by extension, the fact that its symbol, the cross, can be associated with genocide. The question: is  Bock-Côté more Catholic than the Pope?

We return to the distorted words of the author of The Racialist Revolution. First, the notion of “genocide”. The Geneva Convention defines it as “the intention to destroy, in whole or in part, a national, ethnic, racial or religious group”. It also defines criteria that apply unambiguously to what happened here: “Forced transfer of children from the group to another group” (boarding schools); “Measures intended to prevent births within the group” (forced sterilizations); “Intentional subjection of the group to conditions of life calculated to bring about its physical destruction in whole or in part” (reservation system), etc.

To date, more than 2,300 children’s bodies have been found in mass graves in Canada, while three quarters of the residential schools have yet to be excavated.  Let’s imagine that we Quebecers are forced – on pain of going to jail – to send our children to study year-round in a residential school where a foreign language and religion are imposed on them. Imagine the after-effects on Quebec culture after just ten years of forced acculturation. The Aboriginals have lived more than 150 years of forced acculturation. Would Whites, Quebecers or others, be ready to undergo this experience in order to attain the status of victims that Bock-Côté has given them? By denouncing the “demonization of the white man” that we would witness today, Bock-Côté reverses reality. The Church has always associated Aboriginal spiritualities and ways of life with “Satan”, but not those of the white man. The “Lord’s Prayer”was forced to be recited in residential schools, not the “public prayer acknowledging  the unceded indigenous territories”. Gas chambers were not necessary here to find a “final solution” to the “Indian problem.” Religious indoctrination, cultural ethnocide and sexual and physical abuse were enough. Let us not forget that many whites were also victims of Catholic torturers during the Great Blackness. The Mohawk Mothers’ press conference was also attended by Duplessis Orphans, who came to demand the removal of the cross, a symbol whose authority was used by priests to abuse them in orphanages. Thanks to Decree 816, signed on March 18, 1956, Maurice Duplessis, whom Bock-Côté describes as “the defender of  Quebec,” had changed the status of a whole generation of orphans to “mentally retarded” in order to receive more federal subsidies. Many of these children, born out of wedlock, were seen as children of sin, and treated by Catholic congregations with a barbarity of which no Quebecer could be proud. In 1999, the “Soue à Cochon” [pigsty] cemetery near St. Jean de Dieu Hospital, where the Duplessis Orphans had been unceremoniously piled for years, was covered by an SAQ [alcohol] warehouse. The first shovelful of earth was given by none other than [Quebec Premier} François Legault. By jointly asking for the removal of the cross from Mount Royal, the Mohawk Mothers and the Duplessis Orphans are demanding only a minimal recognition of these crimes, in a context where the secularization of public space is being demanded from all sides. If a survey were to be  launched, it is likely that many Montrealers would agree. 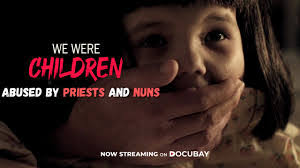 This brings us to the story of the word, “Québec”. Bock-Côté takes exception to the city of Montreal’s use of the term “French-Canadian population”, forgetting that the word Quebec is both an Aboriginal term and a British assignment. It was the Royal Proclamation of 1763 that established Canada as the Province of Quebec, using an Anishinabe word meaning “narrow passage”. On the other hand, the term “Canadian” was initially reserved for the French settlers, and repugnant to the British. In the Mohawk language, Kanatiéns means “squatters”. It is paradoxical, to say the least, that the demand for the removal of  colonial symbols should be labelled as “identity masochism”. Isn’t the real “morbid pleasure” that of the colonizer-colonized (Bock-Côté) who rejoices in the name that another colonizer (the British crown) has given him? How can Bock-Côté so well decry the colonial oppression of Quebecers by the British, while being unable to see that he is reproducing it against the Aboriginals?

If contemporary Quebecers want to show their solidarity with the victims of their colonial heritage, it is essential that they take seriously the testimonies and claims of the victims of the European invasion and of Catholic fundamentalism. It is even a duty to prove that we have more sensitivity than the Nazis – and that we sincerely want to repair the past. We believe that Quebec in its overwhelming majority is ready to hear and to face the terrible reality that the Pope has acknowledged about the Aboriginal people. However, everything seems to suggest that Bock-Côté has a problem of listening (not to say understanding) in this matter. We hope that he will come to his senses, as the representative of his cross. In his defense, it must be recognized that Bock-Côté has followed, in spite of himself, what many natives and non-natives sensitive to the decolonial cause would like him to do: he has returned to make his life in Europe. If France is favorable to him, let him stay there. We will take care of our colonial heritage ourselves, right here on Turtle Island.

Philippe Blouin is a PhD candidate in anthropology at McGill University, working on his dissertation on Mohawk political philosophy, and will publish in September the book “The Mohawk Warrior Society. A Handbook on Sovereignty and survival.” Guillaume G. Poirier is a doctoral candidate at the School of Political Thought of the University of Ottawa, working on a thesis on the role of the “savage” in the history of colonization and in the doctrine of the sovereign state in Thomas Hobbes.

The Beatles know that basically nothing is gonna change the world because the church and its symbols cannot kill the kaianerekowa, great peace: Sounds of laughter shades of life are ringing Through my open ears inciting and inviting me
Limitless undying love which shines around me like a million suns. It calls me on and on across the universe. Jai guru deva, om. Nothing’s gonna change my world.

MNN Note: The genocide has never ended. It continues today and tomorrow. Bock-Cote attacking the Mohawk Mothers is attacking his own mother. All women around the world are right. We onkwewonweh are here and will continue to resist.