MNN.  On October 11, 2012, Thahoketoteh of Kanekota filed an appeal motion at the Federal Court to quash Prothonotary Kevin Alto’s illegal decision of October 5.  No reason was given forbidding us to appeal.  He erred in fundamental jurisdictional law.  The Federal Court has to answer us by October 25th 2012. 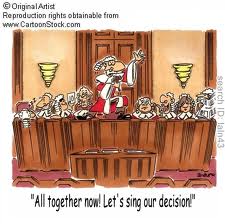 On October 1, 2012, supporters filled the court room to witness Thahoketoeh presenting oral argument before Aalto.  He outlined the history of the 1701 agreement between 48 Indigenous nations and our allies throughout Onowaregeh/Great Turtle Island.  All the newcomers’ rights to live here and provide food for their families come from the Two Row Wampum/Guswentha.  He held up the wampum belt.  “They agreed to abide by its principles and always be of one mind with us on everything concerning the land”.  Like us, the land is Indigenous.

The Federal Court admits that the Royal Proclamation 1784 supercedes all admiralty statutes.  All laws in Canada are admiralty statutes.  They are “corporate by-laws” passed by the officers of the CORPORATION OF CANADA.  The Prime Minister, Finance Minister and Leader of the Opposition are officers of this corporation.  Their job is to provide ever-growing profits to the shareholders and continue the illusion of freedom to their masses.

The Royal Proclamation confirms this relationship between the Ongwehonwe and the newcomers.  Should they break the 1701 agreement with us, everything reverts back to one day before the Guswentha was presented, June 24 1701.  The British were presented with the Guswentha in July 25, 1701.  They accepted, recorded and confirmed the agreement [Nanfan], by moving to Ontario.  These are the only legal international agreements we have with the Crown on behalf of the CORPORATION OF CANADA and their subjects.  It’s their passport to live here.

Aalto went against what is carved on the statue in the Federal Court’s lobby at 180 Queen Street West, Toronto.  [If it hasn’t been removed].  It states, “This court will never go against a Royal Proclamation or an Indian treaty”.

All Crown agents are bound by their oath to their Queen.  Aalto’s decision was in effect a signed confession.  Now we are asking the Federal Court to convict its own criminality. 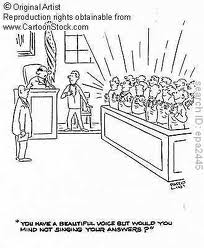 Thahoketoteh asks, “Show us how you got our land legally.  Show us a receipt”.  The Royal Proclamations of 1763 and 1784, are affirmed in their own constitution.  They pledged to “Protect” us from their encroachment on our land forever.  He wants confirmation that without a treaty ceding our land, the constitution protects our territorial sovereignty from the newcomers and overrules federal and provincial jurisdiction.

Thahoketoteh continues his job as an Onkwehonwe from  Kanionkehaka, to uphold the constitution of the Iroquois, Kaianerekowa”, the law of the land.  We all have a duty to represent the interests of all Mohawks, including those faces beneath the ground not yet born. 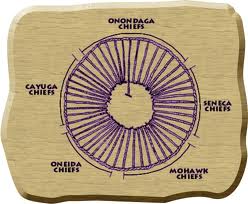