MNN. Apr. 22, 2013. Vigilantes take the law into their own hands, backed by militancy, bigotry and suspicion, without facts.  The mainstream media unleashes propaganda to empower the mob of vigilantes. 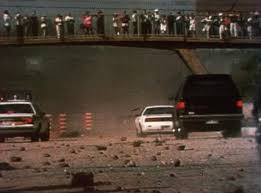 Vigilantes stone and kill an elder.

During the Mohawk Oka Crisis of 1990, Canada and Quebec  directed vigilantism against the Mohawks. On August 28, 1990 a convoy of 75 cars carrying Mohawk mothers, children and elders left the Kahnawake community on the south shore of the St. Lawrence River across from Montreal. Many were the sick and elderly. They were being removed ahead of a forewarned Canadian Army attack on Kahnawake.

Quebec Police, posing as part of the mob, forced the cars to remain on the bridge for 7 hours on one of the hottest days of the summer. On the other side of the Mercier Bridge a white crowd was being organized. Prejudice was spurred on by a local popular radio announcer, Gilles Proulx, urging people to kill “les sauvages”.

Ambulances were let through after patients were examined by the crowd. A young woman in labor had her cervix examined by the mob. When the cars started to move, the crowd pelted the vehicles with rocks while the out-of-uniform Quebec Police directed or looked on.  One elderly man was killed. None were charged or went to trial.

Vigilantism is psychological warfare designed to undermine the will to fight. We were “extremists” who had to be brought under control. The issues was our objection to the town of Oka expanding a golf course over our burial grounds and ceremonial site. 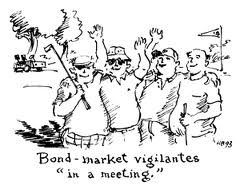 Stories of violence and chaos were churned out “The government keeps you safe”. “One global government is needed”, was repeatedly screamed. “Everybody wants peace, not bloodshed”.

We were dangerous. The kasastensera kowa sa oiera placed us on land to which we have natural ties. Our resources are needed by those trying to set up a one world government whose strength is declining. Their weakness is their dependence on the resources of the Indigenous which they have to steal.  The resistance to theft imperils their future. False flags are smoke screens. Harper’s vision

In 1990 brainwashing messages were sent out all hours of the day and night. Lies about the Mohawks and nationalism were spouted on the airwaves. The target and the public were beaten into submission. The Mohawks were being prepared for the massacre that was to follow. The army landed on an offshore island to go door to door into our houses. Thousands of unarmed Mohawks young and old, women and men, girls and boys, ran over the small bridge or swam to the island. They backed and disarmed the soldiers. The military had to send in a contingent to rescue them. 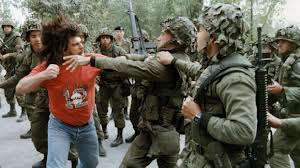 When army comes to your home, the men stand up to protect the women and children.

The 1990 crisis was a false flag, studied by the PTB and used in the business plan for Boston. As Sarah McLachlan sings: “You come out at night, that’s when the energy comes and the dark side’s light, the vampires roam. …you’re setting up your razor wire shrine!” Building a mystery