MNN. June 16, 2013.  Why do White People Play “Indian”? From  fake Mohawks at the Boston Tea Party, to Grey Owl, to Oscar de Corti, to Charlie Smoke, to all those grey-haired academics creeping around the “Indigenous” scene who suddenly “found” their Indian roots. 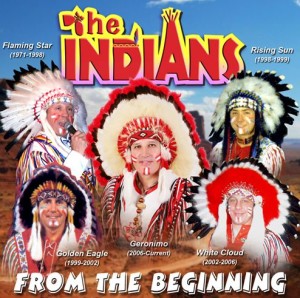 Do they aspire to our third world living conditions? Being denied a voice? Losing their land to theft and pollution? Police harassment, racial profiling or sleazy sexual innuendos? Existential angst because their family missed out on the horrific residential school death camps?

Philip J. Deloria thinks they are seeking a connection with the primal purity they think we know. “Indians are associated with the land, nature, reality and authenticity. Indians posses the ultimate meanings and truths on what America is about”.

One man said, “They love our skin color, but hate our guts! Everywhere we turn something is named after us or our image is used, as if we are all dead and gone”. 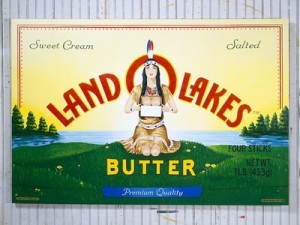 Just saying you’re Indian won’t let you live on a reservation or open a casino. The BIA in the US and Indian Affairs in Canada decide who is an Indian. In Canada any woman who married an Indian man could become a full-fledged Indian with all the rights and benefits. But not the other way around. Band and tribal registries are inflated with names of strangers who get benefits on the basis of some vague genealogical link.

The “crying Indian” in the 1970s was fake. Ad Men decided Italian, Oscar de Corti, was more Indian than an Indian!

A “Rent an Indian” ad appeared on the net: “Are you embarrassed by the lack of racial diversity at your social events? Just rent an Indian and you too can look multi-cultural to your friends”, without giving up your white privilege! 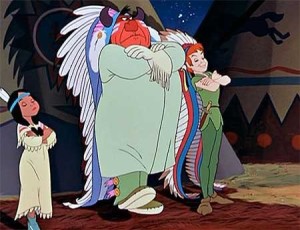 “Look at my feathers. I’m an Indian too!”

The late Vine Deloria said, “White people are so alienated from their own lives and so hungry for a real life they grasp at any straw to save themselves”.

Janet McCloud said that even Indians sell our ceremonies for a fee. They spend 15 minutes with an elder and become official Indian representatives. Fake chiefs have signed away our land in fake treaties. Some create new tribes composed mostly of Euroamericans.

The late Russell Means went to a school Halloween party with his son. He painted his face white and dressed up like a “white man”. The Indians laughed. The others were embarrassed and confused.  It’s a search for roots by a rootless people. It feeds on a 500-year old guilt complex.

We Indigenous have the earthly answers. As Rex Allen sang: “.. to hear wild stories about the Indians was my biggest thrill. I’d shout and yell and holler like them. I wore moccasins on my feet” .. Son, Don’t Go Near the Indians”