MNN. July 31, 2013. Settlers’ version:  As John T. McCutcheon wrote: Injun summer is when all the homesick Injuns come back to play; long ago there used to be millions around here. Reg’lar —not  cigar store Injuns. Don’t be skeered—hain’t none around here now. They all went away and died. Every year, their sperrits come back across the hazy misty fields out yonder, marchin’ along an’ dancin’ in the sunlight. Them tepees kind o’ look like corn shocks. That smoky smell in the air is the campfires a-burnin’ and their pipes a-goin’. Th’ Injuns are hoppin’ ’round ’em… Tonight when the moon is hangin’ over the hill an’ the harvest fields is all swimmin’ in the moonlight, an’ you can see the Injuns and the tepees… When the leaves turn red is jest another sign o’ redskins, when an old Injun sperrit gits tired dancin’ an’ goes up an’ squats on a leaf t’rest. Once’n a while a leaf gives way under some fat old Injun ghost and comes floatin’ down to the ground. That’s the war paint rubbed off’n an Injun ghost. Soon all the Injuns’ll go marchin’ away agin, back to the happy huntin’ ground.

These misrepresentations are ending. Indigenous are restless and educated!

Government’s version: Oh, oh. Let’s start a flare-up so we can kill or arrest them. Give ‘em a criminal record! The Indigenous want everything that we stole from them. Their land, resources, money. International law supports them. The Indigenous demand respect for their  sovereignty, all resource revenues, decent communities, release their people from prisons, and full control of their ever growing $375 trillion Indian Trust Fund. Our corporate banker bosses told us to ignore them. They say, “It’s not logical for us to give them back what we stole! We’ll control the “Indian Summer” of protests by our old, but more aggressive, genocide program. We’ll beef up security, safeguard critical transportation infrastructure and super arm the police. We‘ll crack down on their trade or business that gives them any economic advantages or a voice. Our corporate media won’t cover anything unless it’s negative.” 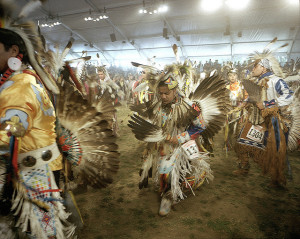 Indigenous version: Hot summer days. The pow wow trail. Canada’s Indigenous population is growing faster than the general population, increasing by 20.1% from 2001 to 2006. Drumming, corn soup and bannock makes our women fertile. Especially the Métis, with an increase of 33.3% between 2001 and 2006. The median age of the Indigenous population is less than 25 years, which is 15 years lower than the non-Indigenous. No slave gene exists in our DNA. Only the freedom and talk back gene. Ya-hoo! As the Red Bull Singers remind us: “Darling don’t cry. We’re going to leave the USA and take you home … ” Red Bull Singers. 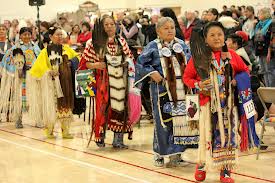 Summertime! Everybody heeds the call of the drum!