MNN. JULY 29, 2013. What would you do if an old man sent pictures of his erect penis to your adolescent daughter, along with suggestive sexual invitations to have sex? It’s like suggesting a father rape his daughter. Former Congressman, Anthony Weiner, a wealthy politician running for mayor of New York City is setting this example. Former NYS Governor Eliot Spitzer, another old man, was caught soliciting a 22-year old. He resigned and became a media star. Both committed crimes against women. 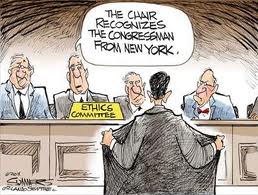 The rulers are dismantling US and Canada legally, socially, politically, commercially and ethically. Canada is being handed over to the US empire. Prime Minister Harper is taking apart everything so international bankers can access the resources.

Inbred royalty is being displayed up front, the Royal Air Force and Queenie is pictured everywhere. Charles and Camilla may be installed as king and queen of Canada. The working class continues to serve as the resource extractors.

Anthony Weiner is a litmus test of a dying empire, of parasites that steal everything and produce nothing, of openly scamming everyone, and of a decaying rotting society. Thousands of years of ethics, decent norms and intelligence is being trampled upon. Sexual voyeurism attacks women and children first, followed by the massacre of humanity.

Both Spitzer and Weiner’s wives stood by their man. They forgave their husbands because they don’t care about other people. Vanity, status and being a mayor’s or CEO’s wife is more important. They are part of the problem and just as guilty. Guilt and corruption start internally. The collaborators are shielded. Society without morals becomes uncaring about politics. Weiner tells us, “I can be as decadent as I want”.

The rulers have promoted the penis and pornography to represent power, war and status. This decadent strata of society must be removed from the human race or we will all go down. This should be the last exploiting class to rule.

In the old way, men pursued the perpetrator, snapped him up, tied him to a tree and castrated him. The women whip him with a red willow in front of the people.  Everybody has a choice. Our communities have the responsibility to take care of our women and children. The masses rely on their police, politicians and congressmen, many of whom are committing indecencies. If people don’t confront Weiner, they agree with it. 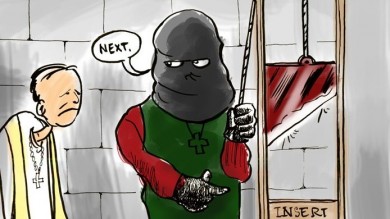 Give me the old red willow whipping for sexual abuse and destroying social morality, please!

Weiner, Spitzer, former President Bill Clinton and others helped open the door to the slime ball society. These sickly role models are promoted. Now other sickos can approach and attack young girls who refuse their advances. Our girls and boys must resist even if their parents are too busy in a system that makes these young girls vulnerable. A sting operation is going on in 74 US cities for child prostitution.

As Frank Zappa sang about government designed control; “I am the tool of the Government/And industry too/For I am destined to rule And regulate you.” “I’m the Slime”.