2. Territory with resources is selected by bankers for theft.

3. Corporate puppets are put in who report to the bankers. Given pseudo powers. NGO and supporter agents express interest. Spies and agent provocateurs arrive a few at a time. 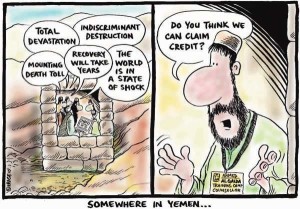 5.Trained rebels with no i.d. are sent in.

6.People are divided up into “conflicting” sectors. Advisors enter the fray and misinform and start fights among them.

7.Civil war is started. Both sides begin to get rough. 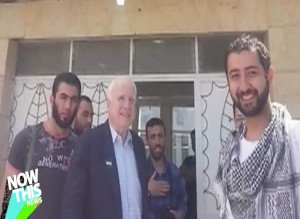 Sen. McCain to Al Qaeda: “Hey, partners. Give me your address in Yemen for your Social Security pensions”.

9.Lethal weapons, drugs and other distractions find their way into the target society. Killings, injuries, “suicides’, arrests and disappearances follow.

10.Infrastructure is destroyed. Detractors sent in and offer to broker agreements and issue ultimatums.

11.Old regime out. New puppets are in with names similar to old regime. The people are impoverished.

12.Resources are taken over by outside interests. New council cooperates to keep the peace.

13. Throughout bankers remain behind the scenes directing Al Qaeda. 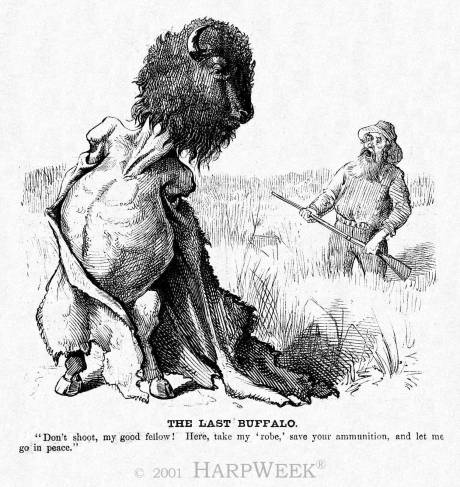 US and Canada incorporated and set up their Al Qaeda terrorist network known as the “band/tribal council” and “national Injun organizations”. Their job is to undermine the Indigenous people so that Great Turtle Island, our land, resources, funds and rights can be stolen, by any means necessary. The bankers think their scam worked so well, they are now using this model to take over the world.

In the 1980s the US invested $3 billion to create the Al Qaeda terrorist network. The followers were trained, armed, funded and supported. 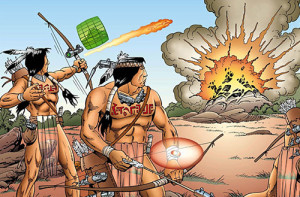 Great Law has the black wampum for our traitors.

The corporations’ political, economic and military structures are geared towards eliminating the Indigenous obstacles. The “Al Qaeda’ Injun’s job is to divide the target, weaken us and organize opposition. People are recruited within the community, put through the brainwash, greed and genocide program. Some are even trained in military procedures. The enormous sum of money put into their off-shore accounts has had an extraordinary influence. They see the third world conditions of their people they would have to live in if they did not cooperate.

Some honest Indigenous take office to fight against the corporate invasion. When they realize they are part of the power grid to eliminate us, they become silent. The banksters’ corporate war illegally uses our ever-growing $400 trillion Indian Trust Fund to try to carry out their agenda. These fascists tried and lost recently and will again. As Spike Jones sang in war time: “When Herr Goebbels says we own the world and space/We heil heil right in Herr Goebbels’ face”.  Spike Jones: “Der Fuhrer’s Face”.