MNN. Sep. 16, 2014. A pipeline army is being set up similar to internationally recruited merenaries like Blackwater, Xe, Academi and now Greystone. They will protect illegal multinational energy projects on our land, according to a March 2011 RCMP report. Canada declares war on the Indigenous people and the natural order. We stood up in 1881 against the illegal building of the cross-Canada railroad. A war ensued. Many natives were jailed. Riel was hanged. Canada is a military corporation. All of its officers have military titles, such as the Governor General, Lt. Governor, etc. 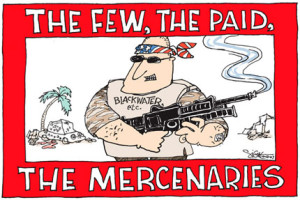 We are called terrorists for accepting our responsibility from Creation to protect the land. Terrorists are anyone who opposes corporate exploitation. They fear some Indigenous may resort to whatever means necessary to block the pipeline. We are being classed with international jihadis!

“Environmental extremists” [Indigenous people] who are passionate about the land, pose a “criminal threat”,  to the corporations threatening our land. The RCMP Critical Infrastructure Intelligence Team has countered this “growing criminal phenomenon” through corporate by-laws passed by Canada and their multinational corporate owners under Admiralty laws. They fear the Indigenous caretakers are not going to put up with their crap anymore! They are absolutely correct! 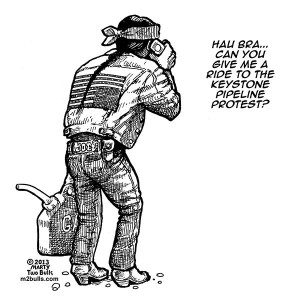 We are supposedly aligned with radical, criminal extremists, who threaten Canada’s scheme to steal from us. The RCMP meets regularly with military, security, energy companies and federal officials to review their strategy. Surveillance is being broadened. Canadian Security Intelligence Agency (CSIS) monitors Indigenous that might be involved in domestic terrorism, but haven’t found any. Soon everybody in the world will be a criminal!

Canada’s oil sands is quickly destroying the natural world in Alberta. Law enforcement and national security are worried about our complaints and the bad global publicity. We oppose their scheme for crude oil pipelines from British Columbia to Saint John, N.B. They are desperate for new markets in the U.S. Gulf Coast, Asia Pacific and Atlantic basin to double their production to four million barrels a day by 2025. All without our consent!

RCMP does not investigate individuals, groups or movements, just criminal activity. Then they should investigate themselves, such as the killing of Aboriginal women on the BC Highway of Tears. B.C. Civil Liberties Association launched formal complaints about improper surveillance against law-abiding citizens who oppose the Enbridge Northern Gateway pipeline, among others. 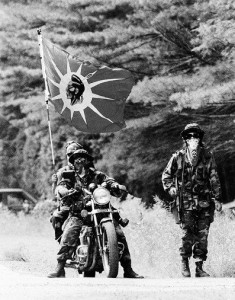 Hey! It’s your turn to walk to the protest.

FIPA is for Canada to ensure China that they are a joint venture partner rather than a customer in their natural resource extractive industry. With private armies hired to kill Indians, Canada says, “We’ll take care of the Indians”. History repeating?

The Great Peace is being violated. RCMP’s Commission for Public Complaints and the Security Intelligence Review Committee monitor and infiltrate aboriginal groups involved in Gateway hearings that are before the federal review panel. They don’t have to sneak around us. We always tell it like it is. Just ask us. It’s no secret that we want to get rid of “the crooks”.

As Depeche Mode sings: “From the heart of our land, to the mouth of the man, must reach him sometime, we’re laying a pipeline. Taking from the greedy, giving to the needy.” Depreche Mode. “Pipeline”.