MNN. Aug. 13, 2015. In 1994 the Longhouse asked me to run for chief against Joe Norton in the band council election to stop the casino. He was set to bring it in which the people did not want. He needed to win the referendum being run at the same time as the election. 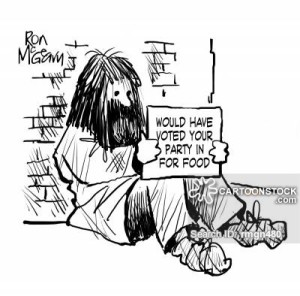 Getting the right voters out to Indian Affairs band council elections.

To avoid compromising themselves the traditional people decided not to vote for in the band council election but only against the casino. Our way of decision-making is the clan system where we openly discuss the issues in public. We don’t have secret ballots with pretend artificial characters to make pretend deals. We only go forward when we become of one mind.

On election day longhouse people came in large numbers to vote against the casino. At 6 pm the polling stopped in the gym in the karonhianonha school. The Indian Affairs officials and two selected council officials ushered people out the door to start counting the votes. They could not start as they were waiting for something. 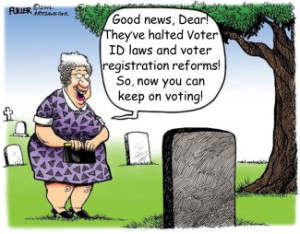 In a class room behind the gym toward the back door two spies for the people were hiding. They saw a truck drive up. A box that looked like the box where all the ballots were dumped was brought in. The box with the real ballots was brought out of the gym, taken away, loaded onto the truck and gone. Then the box with the dummy votes was taken into the gym and counted. Joke Norton and most of his nominees won! The referendum votes couldn’t be fixed and the casino was defeated. 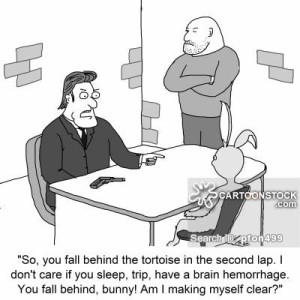 In Canada the most important elections are the band elections. It is the fraudulent matrix set up to steal our land and resources to pay for Canada’s existence. 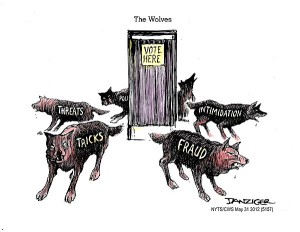 In 1985 I was working in Indian Affairs in Ottawa. I was appointed to review the piles of appeals from band elections throughout Canada. In most I found them to be irregular and had been tampered with. I recommended that either another election be held or they be investigated. If Indian Affairs liked the one that got in, they were allowed to stay. If not, another election was called. Otherwise nothing was done. These small crucial communities were easy for them to manipulate, just like every other election.

We thought we had gotten rid of a bad guy here in Kahnawake. Now twenty years later he comes scampering back to haunt us, just like the bad guys in “As the World Turns”. 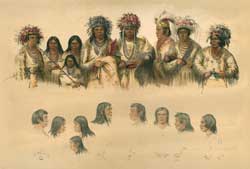 The legend, Bob Marley, got it perfect to take us out: I shot the sheriff, but I didn’t shoot the deputy. Oh, no!… Sheriff John Brown always hated me for what I don’t know. Every time I plant a seed, he said “Kill it before it grow”. And so I shot the sheriff.”