MNN. 3 Apr. 2020. We onkwehonweh have experienced vile weapon attacks which killed over 90% of our people on turtle island since the day the settler colonists set foot here. Now we are all in solitary confinement being subjected to a virus and electro magnetic waves that the state is turning on right now.

WATCH THIS VIDEO which reveals a way of looking at the true powers of the COVID19 FLU VIRUS: https://www.youtube.com/watch?v=kbFbr3CmFwA 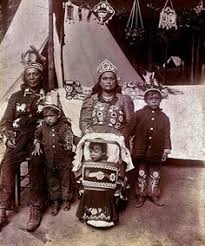 COMMENTARY: Soon the capitalist liars, deceivers and monsters will attempt to kill off 90% of the world’s people. Doctors and health care workers are getting sick and dying mostly in the hospitals, which are almost empty. All hospitals are equipped with 5G Radiation. Soon there won’t be enough people to take care of the victims of the meltdown of their lungs by this radiation. Military deployment has started.

The video says when this current phase is over, another is scheduled to start in the fall of 2020. Revolutionaries are needed to get the genie out of the bottle. The settler colonists have always been conditioned to wait for somebody to tell them what to do. Now we have to get a permit from them for everything. When COVID19 virus arrived, they stood paralyzed. Then everybody was quickly brought under control. A few are questioning what’s going on.

Trillions of dollars is being spent on this experiment to depopulate the world according to UN Agendas 21 and 30. This phase is fine tuning the project.

A few mainstream media mouthpieces constantly remind us how to behave, like constantly washing our hands and not standing close to or touching anybody. Now we are being deliberately confused by ”experts” who purport that it can spread by talking and breathing! Next they’ll have us wearing a mask and rubber gloves when talking on the phone!. 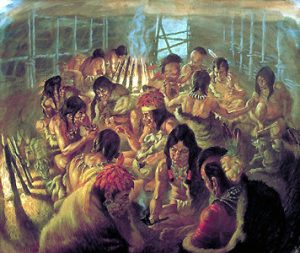 THE PEOPLE MAKE THE MEDICINE

They may eventually experience the deaths of 150 million like we did.

The leaders are busy thinking of ways to capitalize from this ‘virus’.  All western leaders are eugenicists.

Businesses are all shut down. Most small business will stay shut for good. The big capitalists will get back on their feet quickly with government help. 90% of the people in the US are now confined, as if in martial law.

We onkwehonweh have always asserted our freedom, our jurisdiction over land and for the invaders to leave. The leaders are ready for the terror that lies ahead. They always use fear to control the populace. Everyone will do what they have to do to survive.

In such a time the people have no place to turn. When there is violence, mutiny, strikes, revolts in the streets, starvation, they can only blame their leaders, many of whom knew the pandemic was coming. The anti-politician sentiment is brewing. They are waiting for their wizard to tell them what to do next.

We kanionkehaka, Mohawks, have the history, ideas, courage, and connection to the kasatstensera kowa sa oiera. The kaianerekowa, great peace, has influenced the world since 1710, when the ierakwa, Iroquois, sent our men to Queen Anne’s court  in Britain to teach the Europeans about the great peace. We found out their only goal was to set up a republic of war on our land and to conquer everyone else in the world through Admiralty Law by the courts that they own.

Beware of being suddenly called to an empty hospital for an unnecessary procedure.

The Tribe Called Red reminds us of what we’ve been through: “You have taken the land that is rightfully ours. Years from now my people will be forced to live in mobile homes and reservations … We have decided to burn your village to the ground …”