On Saturday July 30, 2020, Pope Francis admitted the atrocities that were perpetrated against the indigenous people. “Yes, it is a genocide, yes, yes, clearly. You can say that I said it was a genocide,” the Pope said. The kahnisensera, mohawk mothers, added that “Guilt falls also on the the Canadian government which funded the carefully planned genocide”.

All control of occupied turtle island referred to as “Crown land” now reverts back to the original owners immediately. Canada, which sits on onowarekeh, turtle island, is squatting on our land. He has admitted the crime, similar to Canada admitting its abuse of indigenous students in Indian Day Schools, which were also operated by the churches for the Canadian government.

Looks like the black serpent went into the ocean never to be seen again, according to ancient history of the original people.

The Vatican is the world’s first corporation set up in 902 AD at the time of the breakup of the Roman Empire into East and West.  The Queen of England is the shareholder of the corporation known as the “Crown”. Canadian citizens are her subjects. Corporations get their IPO numbers from the Vatican, where the Crown is located. Every corporation in Canada is a sub-corporation of the Crown and will now be dissolved. Everything has always belonged to the indigenous.

The invaders call turtle island “Crown land”. Our sovereignty was never surrendered to anybody ever! All documents the invaders present on ownership are false. None show truthful ownership of anything anywhere on turtle island.

So now the head of the corporation has admitted the crime of genocide on turtle island.  The cross on Mount Royal [tekanontak] is the reminder of genocide and must come down immediately. It is a symbol to the indigenous people like the swastika is to the rest of the world. 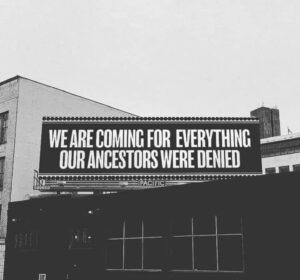 The great Johnny Cash sings about government and church style ‘Indian school days’: “From the Indian reservation to the governmental school
Well they’re goin’ to educate me to the white men’s Golden Rule
And I’m learning very quickly for I’ve learned to be ashamed
And I come when they call Billy though I’ve got an Indian name
And there are drums beyond the mountain Indian drums that you can’t hear
There are drums beyond the mountain and they’re getting mighty near
And when they think that they’d changed me cut my hair to meet their needs
Will they think I’m white or Indian quarter blood or just half breed
Let me tell you Mr teacher when you say you’ll make me right
In five hundred years of fighting not one Indian turned white.”