Audio to be posted 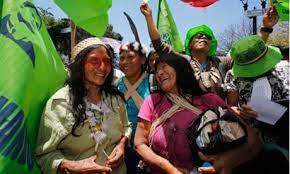 RON-WANA-SETON MEMORIAL DAY IS GETTING CLOSER

OCTOBER 25, 1924 IS THE NINETY-EIGHTH ANNIVERSARY of the implementation by Canada of the holocaust laws known as the “Indian Lands Act” of each province. Canada gave indigenous resources to the provinces. The indigenous people were forced onto fenced in concentration camps called “reservations”. The Indian Lands Act is a 100 years business plan to rid Canada of indigenous people so the invaders can take onowarekeh, turtle island, for free and to be rid of the original people.

On October 25th 1924 the RCMP and the military put indigenous families in fenced in concentration camps. Today every reservation in Canada is still a concentration camp run by the band councils for the government.

In the October 25, 1924 ron-wana-seton action, the indigenous people were all ages, many babies and some not even born yet. Many ran away who were disenfranchised and no longer ‘Indian’. The army snatched the children and put them into the residential schools to extinguish them. They were not allowed to leave the camps without a pass. Military permission was needed to do everything. If a child missed three days of school, they were classed as “juvenile delinquents” and removed by the truant officers. The parents were threatened with going to jail and loss of their children. The onkwehonwe indigenous houses that were taken were given to the white settlers for free.

On October 25, 2022, the people and supporters will stand for one minute of silence for the 98th anniversary of the Canadian Indian reservation ron-wana-seton system which is still upon us to this day. They tried to sever their connection to the earth. The indigenous continue to belong to their mother, the earth.

Everyone in Canada will stand up on “The Canadian Reservation ron-wana-seton System Memorial Day” to remember the murdered indigenous people across turtle island at 11:11 A.M for one minute of silence. The dead children and murdered people who cannot stand on that day will be honored. Many died at McGill or they would have come home.

Grand Funk sings for these children that wanted to get home: “Everybody, listen to me and return my ship. I am your captain. I am your captain. Though I am feeling mighty sick. I have been lost now days uncounted and it’s months since I”ve been home. Can you hear me or am I all alone? If you are returning me to my home port I will kiss mother earth. Take me back now to the port of my birth. I am in my cabin dreaming or are you really scheming to take my ship away from me? You better think about it. I just can’t live without it. So please don’t take my ship from me”.