MNN: Feb. 17, 2013. The following informative well-done article was posted by The Cohoes Falls and the Iroquois facebook page, www.hiawatha.syr.edu https://www.facebook.com/TheCohoesFallsTheIroquois

“According to Haudenosaunee stories, a male child was born whose destiny was to address the condition of continuous warfare. The story of this man, who would come to be called the Peacemaker, gave form and substance to a kind of revolution in thinking. 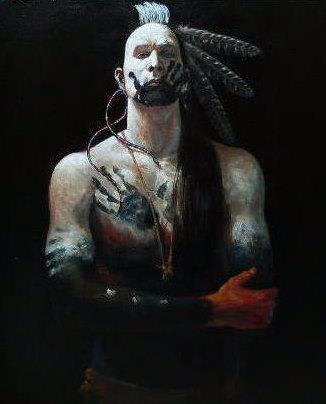 In that time, people fought wars with clubs, traps, and bows and arrows. These were not what we today call weapons of mass destruction, but a solid club wielded by a skilled warrior was a terrifying weapon.

Any effort to seek peace had to be practical. In the days prior to the invention of states–just like in this current so-called age of terrorism–no one had the power to assure that everyone would stop the violence. There was an attention to practice, to how to make promises to one another that would be kept.

Under the Peacemaker’s guidance, the Haudenosaunee people developed a protocol to be followed when enemies first come together under a temporary truce. The protocol begins with a “condolence,” a short ceremony in which the two parties acknowledge each other’s humanity and the losses and sacrifices that each had suffered. The two parties would meet in the middle of the forest, and one side would say to the other something like this:

“So the first thing we do is we brush your clothing off, and clean off all the stuff that shows that you’ve been in a war.”

The next thing they do is they brush off the bench that the man is going to sit on, and make it clean and ready.

One side passes strings of wampum to the other, each string carrying a pre-set message. Your enemy then acknowledges these messages by repeating them back to you. They say things like this:

“With this wampum, I release the pressure in your chest. You’re feeling tight in your body from the struggle, so I release you from that,”

“With this one, I remove the tears from your eyes that you’ve been crying because of the people you lost in war.”

They are addressing the conditions that can extend the truce. The first goal is to stop the fighting; a truce is not peace, but it is a small step in that direction.

The peacemaking process begins with some principles, one of which is symbolized by images of people casting weapons beneath a tree and burying them. This is, of course, entirely symbolic, just like modern disarmament is entirely symbolic, since you can always go out and buy more weapons. Likewise, the Indians could always go home and whittle more weapons, and in any case, they couldn’t give up weapons entirely because they depended on them for hunting and food gathering. So when they say they are putting the weapons of war under the tree, this is symbolic language meaning that they are not going to use them on each other anymore.