MNN. Apr. 26, 2013. In 1870 a school was set up in the Six Nations community targeting  Mohawk children from all Mohawk communities. They were incarcerated and exterminated. Forensic evidence substantiates that the Crown of England, Vatican, Canadian government and churches carried out the killings of 50,000 Indigenous children across Canada. 40% of the students were murdered. 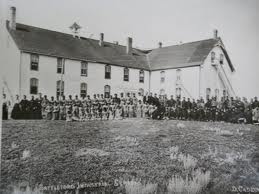 Recently found in secret graves were bones, bits of school uniforms, arms, skeletons of children as young as 3 years of age and other material. They were covered with several feet of dirt, plants and trees. 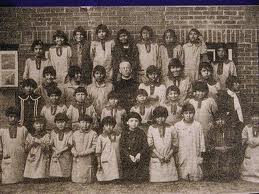 Which criminal acts is Canada guilty of in relation to the murder of Indigenous children at government residential school death camps?

A serial killer kills 3 or more persons over a period of time for psychological gratification. Often a sexual element is involved. Other motives include anger, thrill, financial gain and attention getting. Victims may have something in common, occupation, race, appearance, sex or age. Killings could go on over a long period of time.

Mass murder is killing a large number of people at the same time over a short period of time, in a single location. A number of victims are killed by an individual or an organization.  Some of the perpetrators die by suicide or are killed in shoot outs or go unfounded. 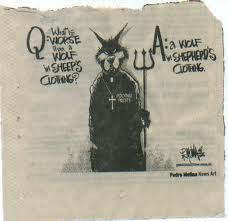 In genocide mass murder is the intention of government agents to exterminate a large number of people, such as unarmed protesters, innocent people in cities, random or planned executions of civilians or children. Governments annihilating entire groups of people can be both genocide or crimes against humanity. Such crimes have no charges nor convictions.

In 1948 the “Convention on the Prevention and Punishment of the Crime of Genocide” Article 2 provides that genocide is deliberate and systematic murder in whole or in part of an ethnic, racial or national group; killing members of a group; causing serious bodily harm; deliberately inflicting death; preventing births; transferring children to another group; destroying political and social institutions, culture, language, national feelings, religion and economy; or destroying their personal security, health, dignity and lives. Canada signed this convention and is guilty of most of these crimes.

The National Criminal Court was established in 2002 to try states that signed the treaty such as Canada. The UN determined it cannot interfere in the internal affairs of sovereign nations. Genocide can only end when these powers no longer have a stake in the region where genocide is being carried out. Canada is not sovereign. It is a corporation without land. 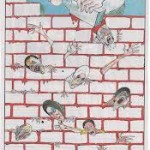 The surviving students are now telling us what they know. Attached is the report of the International Tribunal of Crimes of Church and State ITCCS of the crimes carried out at the “Mush Hole” death camp at Six Nations. The genocide program in Canada is firmly in place and still on track. Duncan Campbell Scott, the colonial superintendent of Indian Affairs, plotted “the final solution of the Indian problem” in the Indian Advancement Act of 1924. The international community has no choice but to follow international law and charge Canada with the crime of genocide, and put a stop worldwide. Canada’s existence is built upon lies and will fail as Jimi sang: “Just like castle’s made of sand fall into the sea, eventually.”  Castles made of sand 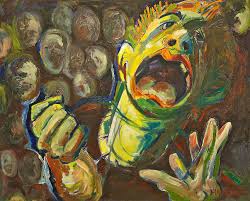 “The horror, the horror!”

3 thoughts on “MASS MURDER IN CANADA”