MNN. Apr. 27, 2013. James Anaya, the special UN rapporteur on the rights of Indigenous peoples, says the Harper government until recently refused his request to investigate the “human rights situation of Indigenous peoples”. He was refused official entry into Canada. The violations were so serious that he was ready to meet through unofficial channels. He was finally given a permit, with conditions? 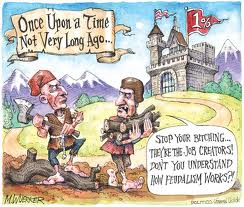 Canada’s national human rights commission is getting flooded with complaints from Indigenous about the discrimination and misconduct of their corporate Indian band councils for selling out our resources to Harper’s multinational banking buddies. Harper is telling us to go to the very agents we are complaining about. Harper’s job is to shut us up and speed up the rape of our resources.

The number of complaints has grown by over 1000% annually since 2008 on issues such as land and resource theft, denial of housing and decent living conditions, voting eligibility in band council elections, shortages of federal funding for child welfare, education and policing. Harper refuses to pass along some of our ever-growing $70.1 trillion Indian Trust Fund to help alleviate third world living conditions.

Harper created a special system within the human right commission so that we can’t take our complaints directly to the commission. We have to take it to the band council we are complaining about. Similar to the RCMP rape victims told by Harper to take it to the RCMP for investigation. “When you have complaints about my discrimination and mistreatment of you, you have to go to my corporate Indian council rather than to the commission. You know, the way Duncan Campbell Scott of Indian Affairs set it up in 1924”.

Harper considers us less than human according to their colonial laws that are still in place. Former Prime Minister Paul Martin admitted on April 26 2013 at the federal Truth and Reconciliation Commission that the residential school death camps “engaged in cultural genocide”. Genocide is genocide, Mr. Martin, anywhere in the world. As former Prime Minister you are complicit in the cover up.

Harper did not want the special UN rapporteur to visit Canada. Anaya would have no choice but to the report to the world body the genocide  and human rights violation. We have a right to a neutral third party adjudication. The party we are complaining about cannot be the judge, jury and executioner so as to contain the issue.

As Paul Simon sang: “When I think back on all the crap I learned in high school, it’s a wonder I can think at all. And though my lack of education hasn’t hurt me none, I can read the writing on the wall.” Kodachrome