MNN. Apr. 25, 2013. Beware Injun Conferences where we have to listen to Indian Act or Federal Indian Law sell-outs spout the glories of colonialism. They are the “Finder’s Fee Indians”. The speakers are mostly band or tribal councilors, or those who are trained to conduct treason against our people. Serious issues are ignored. No comparison is made with true traditional law based on our inherent tie to the land. The speeches bore us to tears. Most leave empty-handed and empty-headed! These smoke and mirrors performances are meant to waste our time. In the evening we are entertained at an open bar. The next morning we don’t remember a thing. 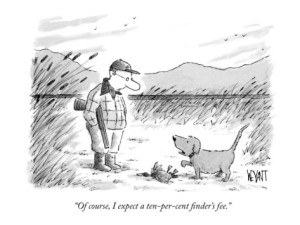 Should you miss the Indian conference circuit for ten years or more, don’t worry. The next one will be exactly the same. The speakers never tell us how they are lining their own pockets by stealing our money or the government directly deposits it into their off-shore accounts. Their job is to make it look like we are in favor of land claims settlements and mega development. They get a casino or poker palace, owned and operated by white people as tax havens, in the name of native sovereignty. “We have to survive for another 500 years”, they tell us. 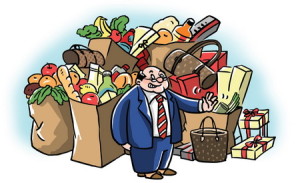 Chief: “I signed so you would get this”.

There’s no heckling because we listen and wait our turn. No opening is provided in the agenda. Speaker called “Finder–Fee” says, “Blah, blah, blah! Relations with federal, state, provincial and local governments have never been better” [to steal everything from us]. He’s really saying, “We’re looking for other brain dead people to work with”. Syracuse University and University of Victoria are giving fully paid scholarships to train sell-outs in their governance programs.

Councilor “140-Acres” greets us with a fake heavy Indian accent. When he gets riled up, he sounds just like a regular New Yorker.  “I can go to Albany, Washington or Ottawa and mill around with those [crooked] politicians”! Councillor “Where’s-My-Finder’s-Fee” extols, “That’s how important we are”. 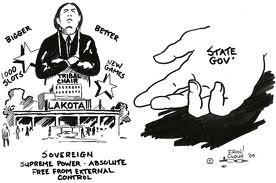 Speaker “Who-Never-Got-a-Finder’s-Fee” wants to send the government to the traditional council to sign away our rights!  As if!

Another “Who-Lost-His-Finder’s-Fee” talked about how the government system dealt with his case to stop garbage dumps contaminating the water and environment. The court refused to hear it.

For $35 the attendees get a T-shirt with a clenched FU fist on the back and a box lunch. Those who had fallen asleep were awakened in time to see an award being given to the Master of Ceremonies by his mother. People, some of us are getting tired of having our intelligence insulted. As Frank Zappa reminds us of the corporation trap: “Flies all green and buzzing in his dungeon of despair. Prisoners grumble and piss their clothes and scratch their matted hair. A tiny light from a window hole a hundred yards away is all they ever get to know about the regular life in the day; and it stinks so bad the stones been choking and dripping greenish drops. In the room where the giant fire puffer works and the torture never stops. In the room where the giant puffer works and the torture never stops. the torture never stops“. 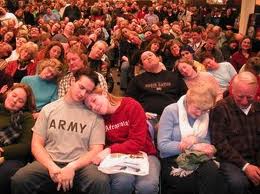