MNN. Apr. 28. 2013. Canada will be raiding bank accounts to take people’s money. Just like the way the Corporation of Canada passed a statute making itself the trustee of our ever growing $70.5 trillion Indian Trust Fund. The wealth of Canadians, all created by genocide and theft of our natural resources, will be plundered by the shareholders of the Corporation of Canada, the bankers. It’s in the new budget, “Economic Action Path 2013”. 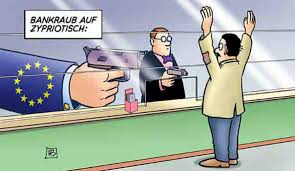 Banker: “Gimmie your assets or you’re going into the vault.”

It will be a bail-in regime condoned by the IMF and the World Bank, for banks in Canada “to big to fail”. This was planned before the Cyprus bank’s run on people’s accounts, which was a test run. The Indian Trust Fund, the largest savings account in the world that has been robbed, is the first example of savings theft. The public turned away when we demanded our savings. Now they’re coming after your trust fund.

Banks will be designed to fail. The law will allow private bank accounts to be pilfered by “systematically important banks”. The genocide system created these banks. Banks will now be able to take extreme risks and lose deposits to save themselves. These are their assets and are permanent losses. Politicians favor taking up to 80% of deposits so they don’t have to raise taxes. 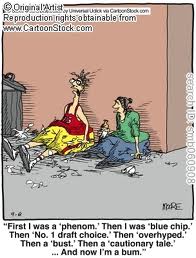 Parents may even be expected to support their children in the military to enforce the new bail-in regime. Harper said Canada was a “benign dictatorship”. Now this bill is making it overt.

Checks may not be cashed. Direct deposits only. Withdrawals of $5,000 to $200,000 will be reviewed by a committee. Special approval will be needed to withdraw. Only limited amounts can be taken out of the country.

When the SHTF, community trust coops are currently safer. Watch out when the bank gives you a pen or a toaster to soften you up. New World Order bankers are desperately trying to cling to their corrupt global base. Pilfering people’s bank accounts can’t put their ship right. Their ship is on the high seas with a full sail and no rudder. It will end up on the rocks. Be careful when you’re invited into the bank vault where the torture chamber is hidden. 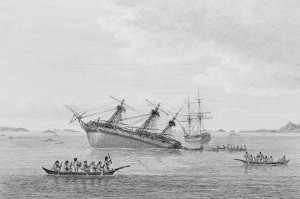 Chief: “Son, a long time ago they came here, stole everything and then went on the rocks”.

They’ve already filched our savings out of our Indian Trust Funds. Now they’re coming after yours. Welcome to the reservation! As Frank Zappa sang: “So I’m watching and I’m waiting. Hoping for the best. Even think I’ll go to praying, every time I hear them saying: that there’s no way to delay that trouble coming every day”. More trouble every day