MNN. May 16, 2013. The bloodline bankers of Europe are trying to hang onto control of our $105 trillion Indian Trust Fund. Great Turtle Island is governed by the law of the land, Kaianerehkowa, the Great Law of Peace. The Corporation of Canada has no claim to our land, resources and money.

To continue the fraud they are proposing a bloodline regent to be placed as the king of Canada. Prince Charles is another mask on the corporate structure to legitimize their theft and murder.   They are going to foment resistance and send in the military and get the people to support them, like they did with the PsyOp operation at Whiskey Trench in 1990.  When the settlers join with their Indians, the whole bloodline debt, war, fraud scam is over. The bloodline will be “cast down from whence they came for the rest of eternity”. 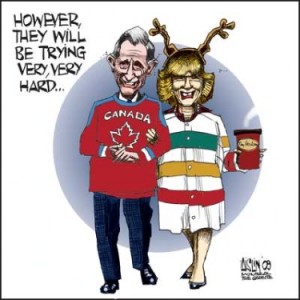 A bloodline terrorist needs to be the hereditary titleholder of Canada displacing Indigenous people. When the army comes, nobody has civil rights. Canadians will not welcome them, like the Austrians did Hitler in 1936. There is no ratified constitution. So the courts do not have to follow it. 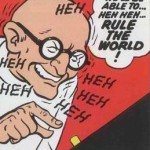 Prime Minister Harper announced he is dismantling sovereignty in favor of globalism [corporatism]. The Indigenous are the only true sovereigns on Great Turtle Island. He is stating he will get rid of us and that his bosses (the shareholders of the corporation of Canada), will own everything outright! His reward will be placed in his wife’s ever-growing off-shore trust account.

Hierarchy is the original lie. When this is dismantled, then the pyramidal control grid will collapse in on itself. We will have everlasting peace on earth. Charles tells us who he really is as Mick Jagger sang in  sympathy for the devil “Please allow me to introduce myself. I’m a man of wealth and taste. Been around for long, long years. Stole many a man’s soul and faith. I was around when Jesus Christ had his moment of doubt and pain.” 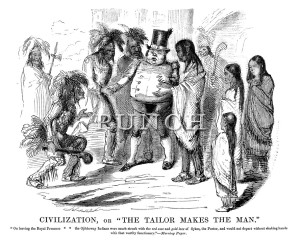