MNN. Sep. 19, 2013. This program to systematically murder us was carried out when the European invaders arrived on our shores. Over 100 million of our people were massacred. It continues to this day. In 1920 Duncan Campbell Scott formally put the “Final Solution” of the Indian Problem into policy. “I want to get rid of the Indian problem…. Our objective is to continue until there is not a single Indian in Canada that has not been absorbed into the body politic and there is no Indian question”.  Nazi Canada is attempting to systematically execute their plan of total extermination of us, our communities and identities. The reason is to carry out the total theft of the Western Hemisphere. We always resisted those dirty predators! 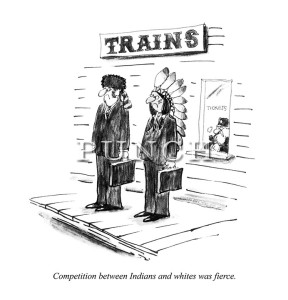 Thousands have been killed by death squads and in mass pogroms. We stand in the way. “Leaders” of the war corporation of US and Canada have long planned to kill Indigenous one way or another. One day those corporate band/tribal councils and national sell-out “Injuns” who help execute the genocide will be brought before our People. These traitors will answer to us for their treachery. 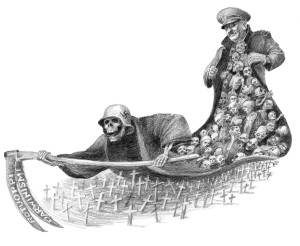 The bankers set up the Corporation of Canada and band council grid to carry out the practical application of genocide theory. Murder is the formal end. Violence is the long-term affect. Accounting calculations are made on every aspect of our existence and kept on record in Indian Affairs and the National Archives. Stealing our land, putting our kids in residential school death camps, making us live in third world living conditions, cost of native resistance and the use of force are all calculated.  The masses are lied to. 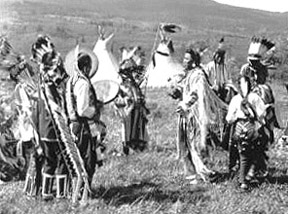 German Nazi leader Adolf Hitler copied Scott’s program for  “the final solution of the Jewish question“. The genocide in the Western Hemisphere continues. Mass slaughter and incarceration of our people is being carried out in newly built private prisons. Agreements and treaties to live peacefully with us according to the Great Law and Two Row Wampum are violated. All settlers are illegal occupiers of Great Turtle Island. 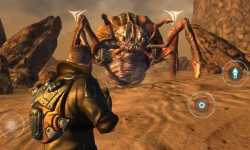 Moon inhabitants: “Been expecting you. But you aren’t staying!”

We continue to ask these foreign corporations to show us proof that they own anything. We are the natural titleholders of everything above and below the ground of our Mother Earth. Some frustrated people think the only place left is the moon. Sivert Hoyem sing: Sivert Hoyem: “Moon Landing”. “For now I’ve had enough from you/I’m done and so are you/Go see what you can do/While the universe is expanding/The silence is commanding ..”

“Final Solution of the Indian Problem”.