MNN. Nov. 10, 2013. The cons of the corporation of Con’ada [Canada] are scalping each other. Government and gangsters seem to work together to keep the public in fear. Politicians distribute our funds. Gangsters get a cut. Cops and underworld enforce control. 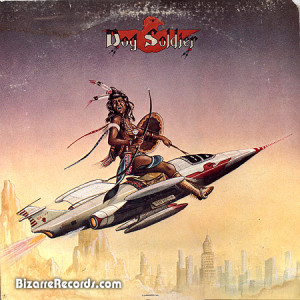 “Outreach workers”[!] hang out with the youth on the streets and at their meeting places, playing cards and drinking beer. Toronto Mayor Rob Ford attended these.

The underworld tried to find the initial video showing the mayor smoking crack cocaine and shouting threatening remarks. The outreach worker was the middle man. He showed it to reporters. Different people searched for the video on behalf of a “buyer”!!! The cops found it. Oops! Another video turns up showing Ford ranting and raving in a drunken stupor, screaming he’d kill someone. Has Ford lost his political value to Prime Minister Harper and his party? 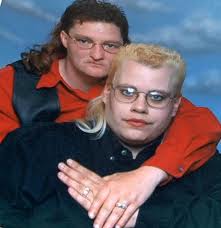 Doug & Rob Ford: “Nobody will recognize us in our mullets!”

Senator Mike Duffy kept hundreds of emails on how Harper planned to cover criminal wrongdoing .  Duffy strung Parliament along, playing the victim. Harper pressured the Senate to kick him and two others out. Duffy told them, “You are as guilty as I am”. The emails were turned over to the RCMP. 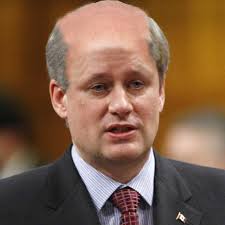 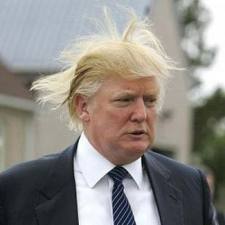 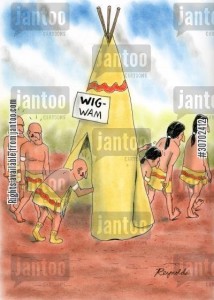 Senators getting fitted after scalping party. 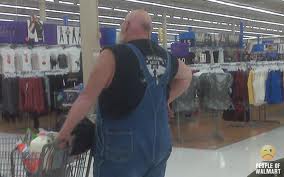 Senator Duffy lining up for the Indian Wig sale!

Scalping is a colonial strategy. They were paid to kill us and turn in the scalps of our women, children, babies and men for money. Artists like Elton John expresses his profound shock at the genocide carried out by his people. The sun will never set on the Mohawk or any Indigenous nation.  Elton John. “Indian Sunset”. 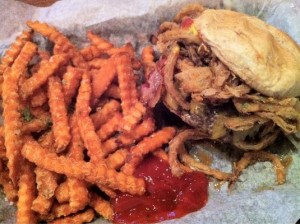 “Sen. Brazeau Breakfast” to keep his locks slimey and greasy!