Jan. 13, 2014. It was a warm day in October 1965 when Scott Young, of the Globe and Mail, spoke to an elder and I In Toronto. We had just arrived from Kahnawake for a 3-day conference, the “iroquois Speak”, at the Royal York Hotel. We had struggled to get there in an old car. The passenger door was tied on with a wire hanger. No promotion of the event. Only letters were sent out to our Haudensaunee brothers and sisters. The same letter was sent to all mainstream media. Only Scott Young of the Globe & Mail showed up. 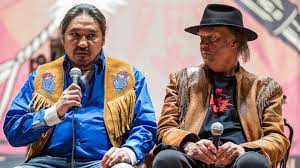 Scott Young listened to us for 14 hours. We invited everyone to come. He wrote a very favorable story about our effort and published it in the Globe & Mail. 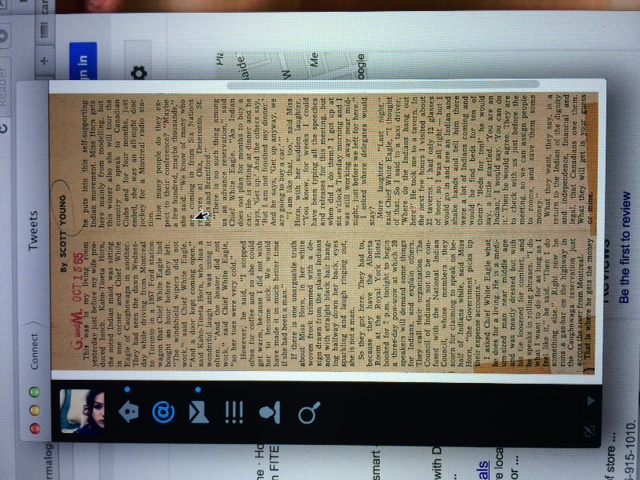 Then arrived traditional elders and many curious young Indigenous from all Six Nations on both sides of the “imaginary line”. The elders sat at a long line of tables in the large meeting hall. Every day more arrived. We talked about history, the Two Row, the Great Law, Indigenous-British-French relations, Canada’s illegal Indian Act. It was a historic meeting in Toronto that hadn’t been done in a long time!

When the conference ended, everyone went home, including the elder and I. A short time later the Royal York contacted me and asked me to pay the bill. No one had money. I advised them to send it to the Department of Indian Affairs who were holding all our money in trust. The bills kept coming to me. I forwarded them to the Minister of Indian Affairs, Arthur Laing. He finally paid it.

At that time that Scott wrote the article, his son Neil Young, was 18 years old and just starting his song writer career. He lived in Toronto and probably remembers that meeting his father wrote about. 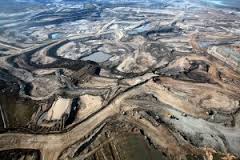 Over the years we’ve raised the exact same issues. We were kept invisible by design. Our children were being murdered in residential death camps, while the corporate settler schools were teaching their children that we Iroquois are extinct.

Yesterday the Prime Minister’s Office responded to Neil Young’s press conference on the Athabaska tar sands. This artist must have hit a nerve of the military industrial complex.