MNN. 7 Mar. 2015. Captain Joseph Brant of the British army tried to pull his people, the Mohawks, out of the canoe into the ship to shred the Two Row Wampum/Teiohateh. He was trying to remove one line on the belt representing the Ongwe’hon:weh. 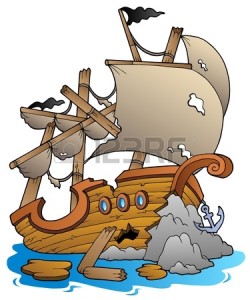 Prime Minister Harper is the Captain of the Costa Can’Cordia, his ship of state. There’s lots of partying and loud music going on, covering up the corruption. Soon he steers it onto the rocks. With his last breath he’s suppose to save the cargo, crew and ship. He jumps into the lifeboat first and flees to Switzerland via London with his stolen loot.

According to the Admiralty law of the seas, he’s suppose to go down with his ship. Harper will never return to Canada to face the music. If he does he will be strung up from the first tree immediately, according to the law of the land, Kaia’nereh:kowa. Something like Mousselini who tried to skip out on his people. 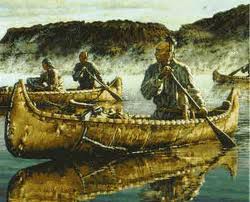 Rotiskenra:keteh: “We shall stay in our canoe forever!”

Harper reassures the Canadians back on Ono’ware:gh/Great Turtle Island, who are acting like tourists on vacation at Club Med. According to remarks written by his best speech writer, he says, “Don’t worry, I’ll be back. I’ll think of the women and children before myself. Just do as you’re told”.

His cronies like Mulcair and Trudeau will jump onto the lifeboat with all the other rats, along with their servants who will do all the rowing.

The wrecked ship will be left on the rocks just like the Italian Costa Concordia, to sit like an eyesore until it’s cut up and taken to the garbage dump.

These guys aren’t sticking around to face their worst fear, the coming cleansing.

The impending crash of the Canadian Admiralty vessel reminds us of Gordon Lightfoot singing about the sinking of another famous shipwreck, the Edmund Fitzgerald: “At 7 pm a main hatchway caved in, he said “Fellas, it’s been good to know you”. The captain wired in, he has water coming in, and the good ship and crew was in peril. And later that night, when his lights went out of sight, came the wreck of the Edmund Fitzgerald”.

Why does the West hate Putin?