MNN. April 28, 2019. Canada is trying to “manage” the “Indian” problem! We are not the problem. They are! Canada is still trying to eliminate us! Our unborn, our babies and children were and are being extinguished through government policies of sterilization, residential schools, Indian day schools, Children’s Aid Societies, jails, courts, murders, kidnappings, disappearances, adoptions, sales, fostering, starvation, mental/psychological misdiagnosis, medical deprivation, general misinformation of our history and character, experimentation on our bodies and minds, harvesting our organs, human and sex trafficking of our children and sexual abuse and perversions. The Canadian public who turn their back and looked the other way while this is going on are complicit.

The churches have been evil for centuries, picking on helpless children. The perpetrators are the ultimate cowards. Our elders told us what evil the churches were doing to mess us up. 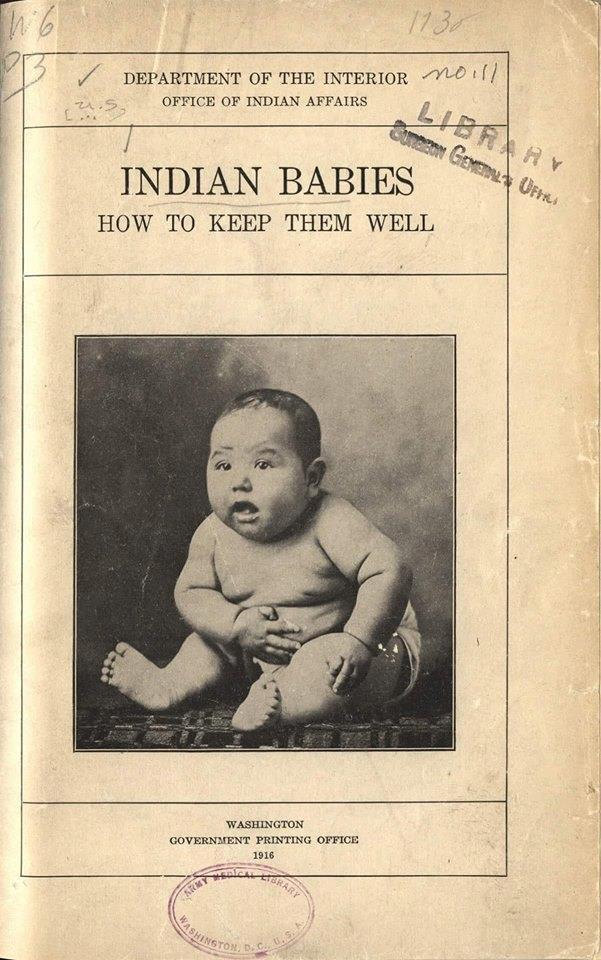 This is a manual cover page from the Government and Church in 1916 on
how to kidnap Indigenous children from their parents by removing their
culture, language, and identity and assimilating them into the
dominant culture.

“The great aim of our legislation has been to do away with the tribal
system and assimilate the Indian people in all respects with the other
inhabitants of the Dominion as speedily as they are fit to change.”
1887 – John A McDonald. Architect of the Indian Act. 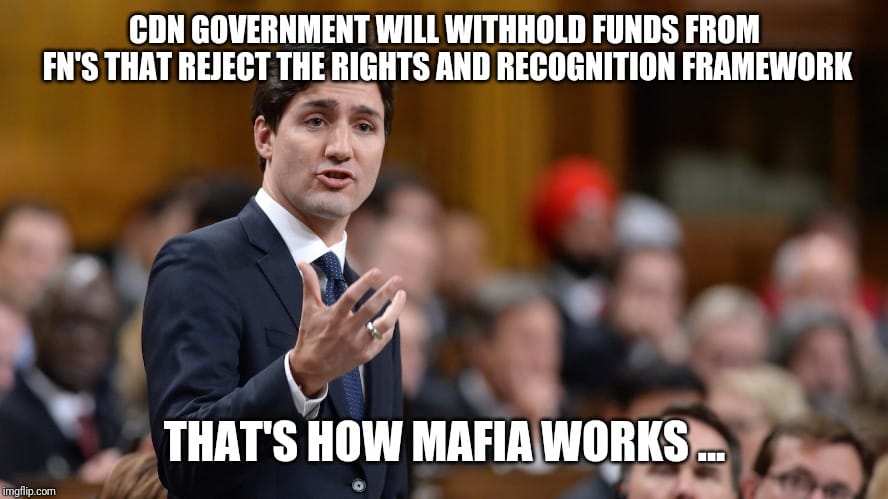 We are being extorted with our own monies owed to us. They are using their starve us into submission tactic since they established themselves on our land.

Extermination of natives needs the Indian Day School Settlement and the final Framework Reconciliation Agreement finalized. Brought together to do this are Canada, Defence, Indian Affairs, Justice and the military directed by the Corporation of the Government of Canada. First they killed the women who bore the children, then all the others.

The Indian Day School was a psychological extinction program. Canadians have collective amnesia regarding this illegal immoral practice.

Involved in carrying out the genocide were cops, priests, government officials, Indian agents who pointed out victims in the community to threaten and do away with and the colonial setters who turned away their eyes and ears which makes them complicit. In residential school there was torture, baby sacrifices and snuff. In day schools beatings and evangelical beliefs were shoved down our throats financed by Indian Affairs and carried out by the churches. 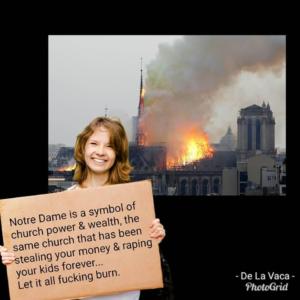 Canadians must stop lying. They committed a program of depravity, evil and abuse. Psychologists lead us through what we supposedly saw or didn’t see. They have now been discredited for generating false memories. We were forced to go to rituals in their churches where we heard lies and had to take part in evil rituals that were completely unnatural.

We were terrified because we were up against the military who ran our communities.

Native children were forced to live the nightmare imposed by the state to create collective hysteria.

Kaianerekowa is based on nature. Evil does not exist in nature and creation.

One family member was targeted and turned their families against them, which continues today.

Free thinkers and those who don’t succumb to the genocidal invaders are persecuted.

The Framework Agreement is another evil scheme of robbery and tyranny devised by the white man to bring us completely under the control of a ring of robbers, murderers and corporate speculators.

We will defend ourselves. We refuse to become beggars, paupers, diseased, starved people.

“Hang around the fort” Indians [band councils] are the worst tramps, dead beats, stumble bums and low life of our society.  They would roast us alive if told to do so and the cheque was big enough for them. They are barely educated, do little jobs for their masters and are supplied with loose women and men to entertain them. They fawn and adulate their masters, in return for servile flattery.

The Corporation of the Government of Canada mission is: our law brings us material welfare and makes it possible to control the world. It gives us creature comfort at the expense of the stupid Indians.

Alice Cooper is singing about our Indian day school experience:  “Well, we got no choice, all the girls and boys. Making all that noise cause they found new toys. Well, we can’t salute you, can’t find the flag. If that don’t suit you, well that’s a drag. Schools out for summer. Schools out forever. Schools been blown to pieces”.

Indian Day school abuse survivors to receive up to $200,000 each