MNN.  Jan. 3, 2013.  Truth prevailed and only we can control our destiny.  Dekanawida instructed us to transform war into peace, to bring everyone to one mind.  We are telling Prime Minister Harper and his invading soldiers and police to refute the New World Order and sit in the shade of the Great Tree of Peace.  Otherwise they might be buried along with all the conflicts they have created. 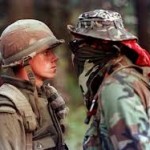 In 1990 when we objected to our burial and ceremonial grounds being turned into a golf course, Canada sent 5,000 heavily armed para-military police, RCMP and soldiers to surround us.

The Corporation of Canada declared total war on us, using old Greek tactics.  The army laid a siege around us. Food was stopped to starve us to death.  People were imprisoned.  We could not go in or out of the razor wired compound.  Energy and communication were turned off.  After three months, they demanded we surrender or they would open fire on us.  We had to come out. The army brutalized and arrested us. Thousands of people ran to Oka, surrounded the army, helped some of us escape, protected the children and elders.

Illegal charges were laid on us, which did not stick.  We proved that what we did was political and not criminal.  It was under the guidance of the Great Law.  We were sanctioned by Creation.

Some soldiers told us later they were trained to carry out atrocities on us, such as racial slurs, hitting, spitting, brutalizing the women and children and even stabbing one child in the chest.

We learned some strategies ourselves:  to stay dispersed; to keep some outside for communication, food runs and bail money; and to organize people to come to our rescue. Today’s flash mobs are effective guerilla tactics where we suddenly show up, do a round dance and then leave. 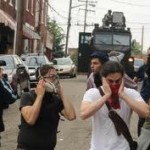 During these occasions, security could bring in the cops to surround us, provoke riots, beat and then arrest us. We usually bring our children, so we would be unable to physically resist.  They will use the latest crowd control urban warfare methods, such as LRAD, a long range acoustic device and sonic weapon.  It sends pain inducing sounds that could burst our ear drums.  Now drones can be fired at us legally.

In 1990 our sell-outs set up nearby to translate Mohawk into French and to advise the police and army. The time has come for all to assess our native and non-native allies.

Afterwards this same elite Canadian airborne regiment was sent to Somalia to commit the same atrocities against the natives there.

The UN, US and Canada are the New World Order.  We have the goods they want and need. We intend to eliminate the divide and conquer war strategy of the bankers who own the UN, US and Canada corporations. The idea that whoever has the money makes the rules is finished. The bankers’ money printing machines will be shattered.  They will be arrested and jailed for their fraud and crimes, and deported.

The council of Women and the Council of Men will re-establish the peace.  It is a natural duty. The land is owned by the future  seven generations.  We are borrowing it from them. We will do everything necessary to take care of it for them.  We are fighting for our identity and rights to control our lives, territories, commerce and way of life.

The administrators of Canada’s genocide, the band and tribal councils, tried to take over the “Idle No More” agenda.  These colonial serpents are not welcome. They are preparing to meet Harper on January 24th, which Chief Spence may attend if she has not died of hunger. 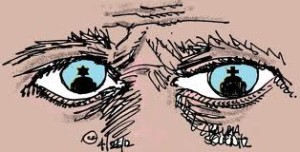 As Memphis Slim sang:  “You may not have me all the time.  You may never go my way.  Mother Earth is laying for you, because of all the debt you’ve got to pay.  Don’t care how great you are.  Don’t care what you’re worth.  When it all ends up, you’ve gotta go back to Mother Earth.”