MNN.  Jan. 31, 2013. We remember that Canadians elected megalomaniac Stephen Harper as CEO of the Corporation of Canada. His two main goals for the shareholders are to get rid of the landowners, the Indigenous people, once and for all, and to steal our resources for good.

Canada is a hot dictatorship. Harper can enact laws without consulting anyone. He can prorogue Parliament anytime to put the illusion of democracy on hold. He doesn’t have to answer to anybody. Two years ago the people could have pulled the plug on him. They did nothing.

Herr Harper, the crime is genocide!

Canadians, even though they may not like his genocide strategy, turn a blind eye. They are complicit in the genocide. When will they stop looking away while he puts Canada in all the wars of the black serpent, in Mali, Iraq, Afghanistan, Libya, Egypt, Syria, and so on? Everybody will either end up dead or continue serving the male hierarchy as slaves.

Residential Schools are their monuments to remind us of Canada’s trail towards fascism and mass murder. 50% of our children were killed. Hitler studied and perfected this death camp system with a 100% death rate.

The masses erase from their memory all the crimes committed against us to get what they have today. The thugs of the royal economic crime syndicates are setting up their machinery of global mass murder in Canada because they think Canadians will not resist, “We need the jobs.  We have to follow orders!” 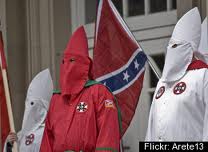 Canada has a British Parliamentary system based on hierarchy.  Canada is a Corporation with shareholders [bankers].  Directors [Senators] are appointed to oversee the officers.  The officers [Members of Parliament] manage the day-to-day operation of the corporation to provide ever increasing dividends for the shareholders. The top officers are the Prime Minister, the Leader of the Opposition and the Finance Minister. The  directors [the Senators] only report to the shareholders of the corporation [bankers].  None answer to the people, only to the bankers.

The main duty of the officers of the corporation is to provide ever growing profits to the shareholders and to continue the illusion of freedom to the people. Harper often reminds the masses they have no rights, only privileges. Our Great Mother always reminds us to resist!

Jim, Too many Heil Harpers is making you sick!

Minister of Finance, Jim “Austerity Measures” Flaherty, is suddenly suffering from a mysterious disease that makes his face look fat. It could be the “Owistah” disease.