MNN, Mar. 17, 2013. The UN has given the US the job of taking over Indigenous people and our resources worldwide. The 1973 illegal “War Powers Act” gives the US the “legal” right to create war with anyone they deem an enemy. Scientists were sent out by pharmaceuticals to take blood samples of every Indigenous group everywhere. Someone wanted our DNA. As Leonora Zalabata of the Aarahuaco People of Northern Columbia explains: “Our land, our culture, our subsoil, our ideology and our traditions have all been exploited… this time they are using us as raw material.” 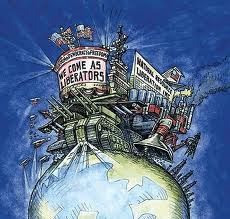 Liberators of Indigenous DNA and resources.

Our genetic blueprint was put into a blood bank in Washington DC. Indigenous and part-Indigenous can now be traced systematically anywhere in the world. 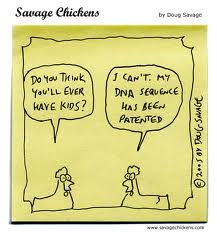 As George Annas, Professor of Medical Ethics, at MIT, says, “We’re taking their DNA, which we now consider like gold. It’s even worse than standard colonialism and exploitation. And after we take that, we have no real interest in whether they live or die”.

Sixty-five years ago Hitler and the Nazis collected the same kind of information in Germany and surrounding countries to classify Jewish or part-Jewish persons. This was used to fill the concentration camps.

For the multinational corporations and their bosses to take over the world, they have to break the tie of the real owners to the land and resources. We have to be categorized out of existence. Our title, inherent jurisdiction and land claims are hindering “full ownership” of all these natural resources. Last year $1,735 billion was spent worldwide on war for our resources.

If we are eliminated once and for all, the real estate on Great Turtle Island will be free from Indian title that has been in the way for hundreds of years. The economic royalist banksters, can freely exploit our resources.

The California Supreme Court has ruled that a biotechnology company may patent a person’s genes, even when that person refuses to give their consent. As George Annas said, “It is virtually impossible to get the informed consent of Indigenous people for this. If they understand the project, they would refuse. If they don’t, they can’t give consent. It is illegal and total exploitation.” 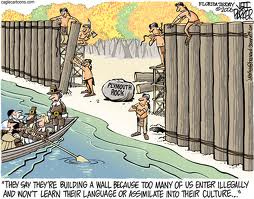 Ray Apodaca of the National Congress of American Indians knows Indians don’t think this pure science research will reveal the history of human migration: “We know where we came from, we know who we are, we think we know where we are going. Why do we need to know anything else? I mean, is this for their benefit? It’s certainly isn’t for ours.”

The words of Leonara Zalabata will stick in your mind: “Science and technology solve problems, but they are also aggressive. Our way of looking after humanity and helping to save the world, of looking after the Earth, and making a brotherhood of mankind is done without technology. Our technology is in our head, heart and spirit.” As Mick Jagger said in Too much Blood ” I can feel it in the air feel it up above, feel the tension everywhere, there’s too much blood. Too much blood”