MNN. Mar. 18, 2013. The Jesuits have always been the storm troopers of the Catholic Church. They came to the Western Hemisphere to “spread the lie of male hierarchy”.  The real reason is to use bio-weapons and all means of mass murder. The Western Hemisphere is to be the Zion of the Christian prophetic teaching. All Indigenous people would have to be assimilated or murdered into their vision. Christians, according to the Book of Genesis, state, “In the beginning God created the heavens and the earth … and God said, Let us make man in our image…”. 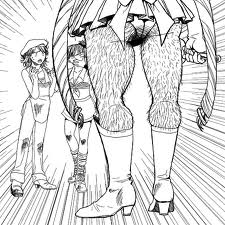 The Pope likes Prada, but i like Armani, girls!

Today we have old men wearing dresses pretending they are the moral authority. They are trying to force a man-made hierarchical world view on everyone. It’s unnatural doctrines include things made good, even though they are obviously evil.

Our opening thanksgiving  ( Ohenten Kariwatkwa )  places us in an Interdependent system of relations that tie all elements of the natural world together – plants, animals, people, sun, moon. We are all equal. The inner core of our knowledge system guides us. Our culture provides an insight into real consciousness coming from our ancestors. The natural world sustains us. We are still here because of the insight of our ancestors. 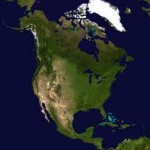 Many of our people wanted to get along with these men in dresses. Now the artificial and treasonous Indian governments [band councils] know their job is to continue the biggest holocaust in history. They sacrifice traditional values to live as conquered people at the bottom of colonial society. They accept the male hierarchal assumptions which go against natural law.

We saw the false consciousness of the scheming visitors who hold the cross in front and behind their backs are the small pox infested blankets. We Haudenosaunee caught them mapping out our territories, acting as the intelligence arm of the military. We tried them and found them guilty of spying. They did not want to return to Europe for punishment according to the Two Row Wampum agreement. They chose to be executed here as  martyrs by being burnt at the stake.

Their legacy is the CIA, MI5 and the Mossad which continue the genocide programs worldwide to all Indigenous.

We spend our lives developing our personal relationship with the whole universe. Our way of life on Great Turtle Island is valid and non-compromising. We are free in body, mind and spirit to spread the truth to all peoples of the world. We are all children of Mother Earth. The power is in putting our minds together. The peace is to live together in harmony with each other and the natural world by balancing the female and male energy.