MNN. Mar. 26, 2013. COINTELPRO is the US developed “Counter Intelligence Program” against the American Indian Movement, Black Panthers and any group they deem “enemies” of their national security. The security of the banksters to continue their war program, it was implemented in the 1950s.

Intense fear is created to divide the people. Who are objecting to environmental destruction of Mother Earth. The “royal economist bankers”  work diligently with their corporate Indian puppets and accomplices throughout Great Turtle Island to provide a “solution” for the problem they created. 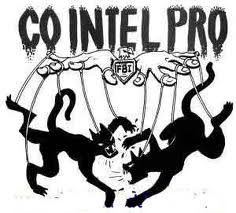 “Agents” are law enforcement disguised as activists and supporters. They have no obvious income or too much money.

“Informers” provide information and recruit from within, or are sent in. They discredit, provoke tensions and sabotage us to create paranoia. 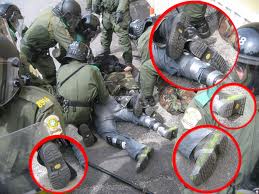 “Infiltrators” are cops or intelligence agents. They can make arrests and be witnesses against us. [Douglas Durham]. Cops supply funds and arms to “vigilantes” to organize shootings, beatings and unrest, eg. Gary McHale. “Assassinations” are search and destroy missions.

“Bad Jacket” is a true activist that is falsely framed by disinformation to create suspicion. Their names are put out in phony police messages. Some groups are treated better than others to cause division within the protest ranks. MNN website is totally ignored by the mainstream and frequently hacked. 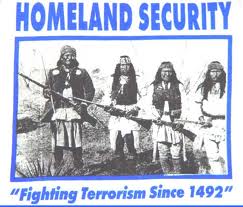 G20 Toronto: Into the Fire