MNN. Aug. 10, 2015. After meeting with Donald Trump, Joe “One-armed-Bandit” Norton, of the Mohawk Council of Kahnawake Inc. told us, “Everything’s got to change”. He lost two referenda to put his casino in our community. The Donald and Joe decided to put it in the St. Lawrence River off Kahnawake. 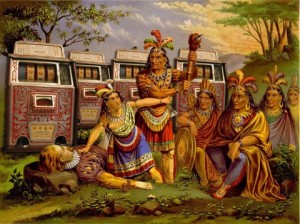 Joe, the INDIANS found out!

Now his partner is running for President of the US. It looks like the Donald is behind the false face running Kahnawake, and eventually all of the Rotinoshonni communities in Canada and US.

Joe helps himself to our sovereignty and money to make himself and his outside friends into billionaires [Mohawk Internet Technology]. His name JOSEPH NORTON and his title are both owned outright by the corporation known as the CROWN.

He’s helping Canada steal everything we have: the economy that depends on our resources, justice to keep us out of the way, social issues to distract us, health care to keep us sick, foreign affair to lie to the world about us, defense to design deadly “INDIAN Details” to control us, governance to keep the bankers happy, our energy to sell to the highest bidder, environment to ruin our land, pipelines to carry away stolen oil and gas, military to protect their international partners and terrorism to try to scare us if we resist. Joe and other band councils are front men of this diabolical plan. 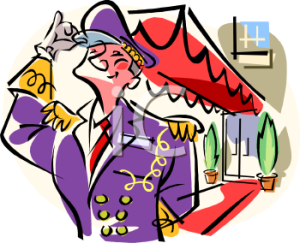 Joe never mentions the kaianerehkowa, the Great Peace, in any public statements. “Joke  Norton” is trying to municipalize us, as per Canada’s 1924 business plan. He is implementing the final step in the genocide called CANADA. On October 14, 1998, he signed ten deadly agreements with Quebec to undermine us: to cover fiscal matters on consumer goods and services; tobacco, fuel and alcoholic beverages; transportation and user fees; economic development; administration of justice; registration of births, marriages and deaths; child care; police services; combat sports; and liquor permits. Joe signs with Quebec.

Joe puts a dollar value on everything. He pretends to represent us. Historically, in all Mohawk communities only 5% take part in the imposed European election system.

In 1979 he got someone to put forward a fake resolution to return Kahnawake to a traditional ”form” of government, not the real traditional government. He is trying to bring in “an extraordinary new process”! [What does that mean?]

Joe knows that every living thing on ono’ware:geh is ours, rocks, water, minerals, trees, oil gas and so on. Admiralty courts cannot make a declaration on this. Canada is not a country and has no constitution. Joe wants a nation-to-nation relationship with Quebec, which is a colony. He wants us to “cohabitate and share our resources with the colonial settlers, for the sake of our health, education and justice”. 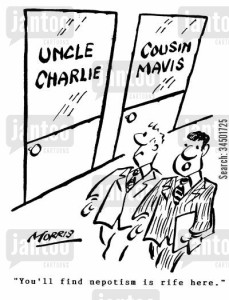 Joe is the viper in the grass. He says the world wants to do business with us [him], to be like Trump, to earn funds in private enterprise to pay our bills. Macleans magazine declared him to be the most influential INDIAN owned by the corporation of Canada. Joe wants to be like the crooks that taught him about capitalism. He falsely assumes that we all want to be just like them.

Joe Norton’s dictatorial laws for Kahnawake are outside of the Admiralty rules he has signed up for. As Alice Cooper reminds us of the danger among us, “I wanna kiss you, but I want it too much (too much) I wanna taste you, but your lips are venomous poison. One look could kill (could kill), My pain, your thrill”.