“MNN. May 31, 2008. Last November 2007 the Six Nations Confederacy reminded the Mississauga that Toronto sits on part of Haudenosaunee Territory. We refused to give up the 372 square miles of land on Lake Ontario. 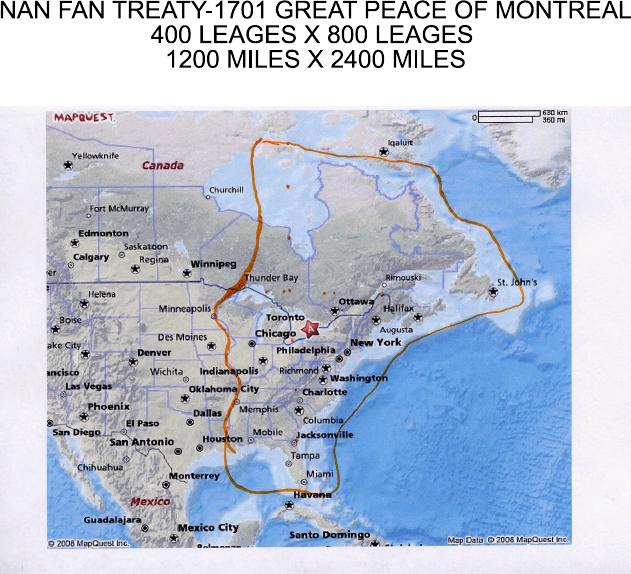 In 1787 the British brought in the Mississauga who are Algonquian from northern Ontario and got them to fraudulently sell our land to them. The Mississauga said, “It’s not our land, but we’d be glad to sell it to you!” They accepted L1,700 pounds and signed a blank sheet of paper. Why? Because they knew it wasn’t theirs.

Read on to get the full picture of the fraud:

Johnston Charles M. “The Valley of the Six Nations”. 1964: P. 47 Mississauga Speaker told Colonel Butler, in effect, we don’t own this land laying between the three lakes but we’d be glad to sell it.