MNN, Feb. 10, 2022. Our indigenous communities are secretly becoming “tax havens” for the international bankers. The imposed Mohawk Council of Kahnawake Inc., Entain and AVID Int. Inc. are allied with the army. Indian Affairs is a division of the army. MCK is being paid to help create another invasion, to assimilate us, to steal our land, and to absorb us into the corporate body politic. Our unborn children own all of turtle island. On October 25, 1924 the Indian Lands Acts were implemented in every province that created the reservations as POW camps wholly run by the army [Indian Affairs]. The Dominion of Canada is wholly owned by international bankers. 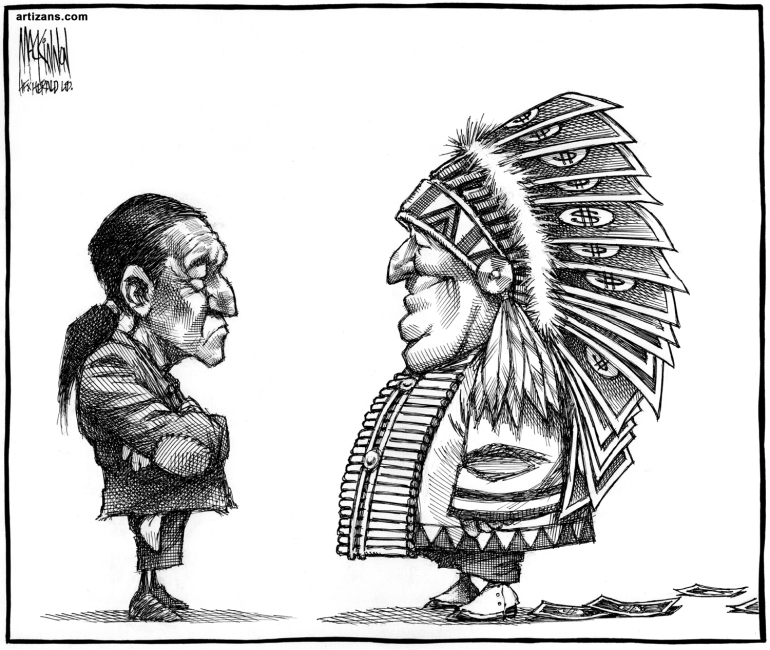 SAID ONE BAND COUNCIL CHIEF TO ANOTHER: “I QUIT GAMBLER’S ANONYMOUS TOO. NAW, I DON’T HAVE A PROBLEM!”

The band councils are not onkwehonweh and cannot legally buy land which cannot be sold. They are “Canadien” and wholly owned by the corporation of the government of Canada and its international shareholders. The Seigneury, Seaway, rails, roads and so on can only belong to the Mohawks. Nothing can be in the MCK’s name because they are a sub-corporation of the Crown. So is Canada. Only the true onkwehonweh people make a hydro relationship with New York City. That’s why the sell-out deal is a big secret. 99% of the people would not go for it.

Only the true indigenous people as a whole can legally own any of turtle island on behalf of the future children. Our lands have never been surrendered to anyone ever.  International corporatists putting anything on our land, paid for with our Indian Trust Money, must be all turned over to the onkwehonweh people. Not to their esoteric corporate agenda.

“A CASINO CEO IS MUCH MORE POWERFUL THAN A CHIEF”.

The band council military units are setting up multi national gaming companies such as Entain, AVID, Mohawk and Jersey Gaming Commissions, which we’ve never heard of, violate the kaianerekowa, the supreme law of turtle island. The military run band council and the bankers cannot sell our hydro resources to New York City. They also illegally run Sportsbook, casino, poker houses and crypto currency taking advantage of our tax-free status. This revenue all belongs to the true kaianerekowa indigenous of turtle island. The bankers set up businesses in Kahnawake in the name of the government band council, pay no taxes, and then put the money into off shore accounts. We see nothing. The band council pretends to represent the onkwehonwe, and has to be paid off to conduct this genocide to makes this crime look legitimate to the public.

Sections 35 and 52 of the Constitution Act of Canada, 1982, does not allow licences, gaming laws, rules, regulations and ownership to be controlled by foreign corporations owned by international shareholders and bankers.

These foreign corporations are established under the Admiralty Law of the Seas. The Canadian government and its band council system do not legally exist on turtle island. They use our Indian Trust Funds [https://cashback.yellowheadinstitute.org/indiantrustfund/] to acquire or control onkwehonweh lands, undermine our rights and set up foreign controlled municipal regimes. The band councils can only sign for themselves and their employees, because they have sworn an oath to a foreign oligarch.

The current version of the illegal Kahnawake corporation was set up in 1974 by Andrew Delisle Sr. and registered with the US Homeland Security. These illegal band councils and their partners do not belong on turtle island and will leave with all those who have signed on and voted for them. 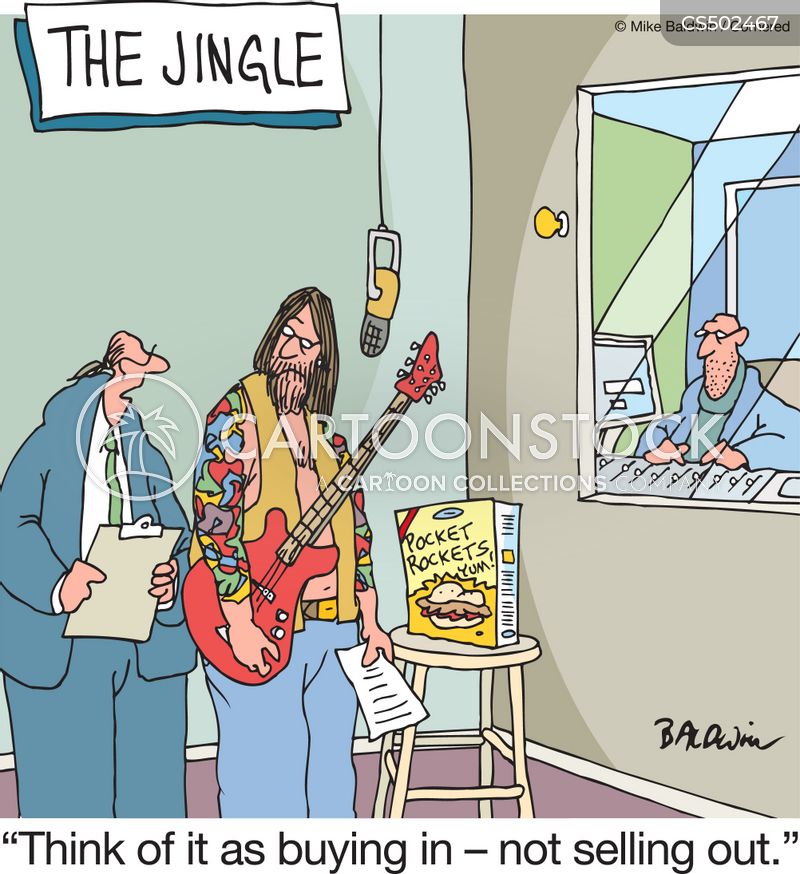 SAID THE COLONEL TO THE BAND COUNCIL CHIEF.

Section 35 [1] of the Constitution provides: “the existing [pre-colonial] aboriginal and treaty rights of the aboriginal people [of turtle island] are hereby recognized and affirmed”. Section. 52[1] affirms that “any law that is inconsistent with the Constitution is, to the extent of the inconsistency, of no force or effect”. Therefore, the kaianerekowa, the great peace, is the existing aboriginal legal system which the rotinoshonni inherited from precolonial times, which was never removed or conceded. No other laws of Canada are recognized by the kaianerekowa which comes from natural law.

Canada, their band council, Quebec, private investors and the secret organizations are of no force or effect.

In 1994 the kanienkehaka Mohawks had a referendum and overwhelmingly rejected the casino, which results stand for all time to come, which they are blatantly disrespecting. Thus all infrastructure and funds brought to Kahnawake belongs to the sovereign people. 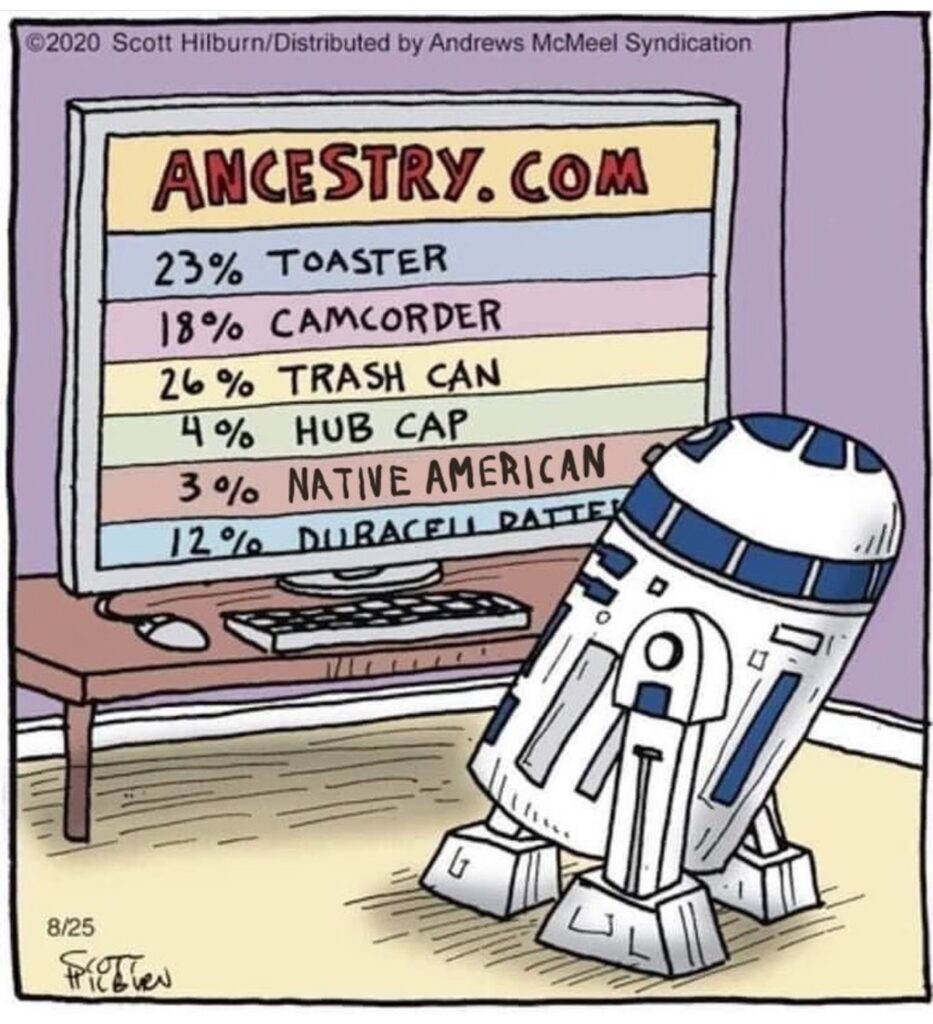 NEW CORPORATE DEFINITION OF WHO IS AN “INDIAN”?

The Gross Domestic Product GDP of Canada of $2.015 trillion dollars is the stolen Indian Trust Fund. The lawyers, judges and courts enforce the theft and control over our lives, lands and funds. SEE VIDEO: https://cashback.yellowheadinstitute.org/indiantrustfund/

Profits go to the unidentified shareholders. Promotion of gambling, alcohol and drugs are meant to control us.

According to the 1924 master plan, gambling would be introduced in the 8th decade.  By the 9th decade Indians would be voluntarily paying taxes to the government. By 2024 one way or another we are suppose to no longer exist. They are almost at the finish line, but have run into a brick wall called the Constitution Act of Canada, 1982, Sections 35 and 52. Ironically. Canada will be genocided instead of us! They say leftover profits, if any, will go to social services, courts, programs for addictions to alcohol, gambling, drugs, cigarettes, services to play with our minds and grab our children, lose our homes to local foreign owned businesses and keep the homeless out of sight. The services are suppose to destroy families and blind us from the gross theft and military occupation.

The investment by the band councils comes from the Indian Trust fund which will carry the burden of failure or bankruptcy. The land belongs to our unborn children. We cannot sell or transfer it to anyone. We must carry out our duty as the caretakers.

The people of the great peace, which is over 99% of kanienkehaka of Kahnawake, may think about investigating this criminality and genocide of our former people.

The Grateful Dead see what happens to those who can’t push themselves away from the table: “Truckin got my chips cashed in. Keep truckin, like the do-dah man. Together, more or less in line, just keep truckin on. Arrows of neon and flashing marquees out on main street. Chicago, New York, Detroit and its all on the same street. Your typical city involved in a typical daydream. Hang it up and see what tomorrow brings”.

THE LAWS AND THE LAND, The Settler Colonial Invasion of Kahnawke in Nineteenth-Century Canada. Daniel Ruck. UBC Press. P. 175: One final possible notice for initiating a subdivision may have been the substantial amount of money in the band account. The Sulpician Order had borrowed $3,333 from Kahnawake to finance the construction of the towers of Notre Dame Church [today Notre Dame Basilica] in 1844. After a protracted court battle between the federal government and the Sulpiciens over the principal of this loan, it was finally paid to Ottawa on behalf of Kahnawake in 1883 along with interest. Kahnawake’s band fund also received $10,039 in 1881, supposedly the seigneurial indemnity for losses incurred by the Seigneurial Act of 1854. . . The fact that the kahnawake was flush with cash at that moment is highly relevant, since the subdivision was expensive. kahnawakehronon may not have been told about the money until it was spent. the DIA controlled kahnawake’s finances and, without community approval, decided to earmark the money for the subdivision. Had the cash not existed, it is unlikely that the DIA would have initiated the project.