MNN. Mar. 29, 2022. by thahoketoteh, MNN  correspondent. On March 28 and 29, some kahnistensera Mohawk Mothers went to downtown tianitiotiaken [formerly known as Montreal] and filed a new action in the Quebec Superior Court. 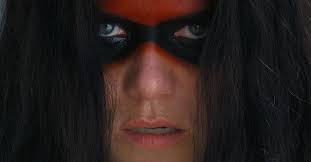 The Mohawk Mothers will invoke the kaianerekowa. They thank those who stood by them and will continue to support them.

The deliberate attempt of the lawyers of the respondents and the Federal Court of Canada to throw the Mohawk Mothers into their procedural swamp drove them to take another path. The swamp was getting deeper, more turbulent and confusing so the FCC could avoid dealing of the merits of the case, such as Sections 35 and 52 of the Constitution Act of Canada 1982 which annuls all laws except original indigenous laws on turtle island. The Mohawk Mothers refuse to allow a bar lawyer to represent them and to let the court decide on the number of Mohawk Mothers can speak on the case.

The Mohawk Mothers want answers about the unmarked graves behind McGill University Health Center, the stolen Indian Trust Funds to build McGill University, to stop the Royal Vic project on the unceded kanienkehaka Mohawk land. The kahnistensera Mohawk Mothers put the issues into the court records for the people of the world to see what the indigenous people have and continue to face.

The land belongs to the unborn. Each indigenous person is sovereign, a free person, a creator being.  None of turtle island can be sold, transferred or conveyed to anyone. All treaties, land claims and contracts are void. Their criminal code is based on genocide that makes it null and void in international law.

The band councillors and chiefs are not in the canoe and no longer onkwehonweh. All criminal codes coming from the ship are null and void and have no force and effect.

The corporate “Indian, Inuit and Metis peoples of Canada” are agents of the  trespassers. The kaianerekowa will take care of them.

READ THE ENTIRE CASE: [No. 500-17-120468-221] [An Originating Application for Declaratory Relief and to Obtain an Interlocutory and Permanent Injunction.]

Bobby Bare seems to be singing about messing with the kahnistensera.