MNN. May 29, 2022. The kahnistensera mohawk mothers are in charge of this land on behalf of the future kanienkehaka:onwe mohawks. The city of tianitiotiakon [formerly called Montreal] has put our symbol of the tree of peace in the centre of its flag to acknowledges that all this land is indigenous since time immemorial. All trespassers throughout Canada already open every event by an acknowledgement of this fact. Now the kahnistensera mohawk mothers, the progenitors of the soil, are informing everybody that from here on the kanienkehaka:onwe mohawk language will be the official language both orally and in writing in tianitiotiakon. 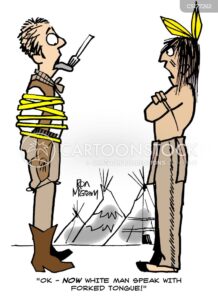 Montreal is a business cartel like all corporate entities throughout turtle island. Their government syndicates are all illegal and can never be sanctioned under the tree of peace. The land can never be delegated as it belongs to the future indigenous people.

The genociders arrived and made foreign laws and set up institutions to victimize, murder, physically and mentally genocide us, to take our languages as part of their “land grab” culture.

The aliens to this land were welcomed to live under the tree of peace. Indigenous culture is premised on peace, truth and justice. However, the trespassers brought a system of racism, hatred, injustice and genocide.

LOGO FOR CORPORATION OF CITY OF MONTREAL

tehatikonsaniron, tehatinasonten, we called them people with “hard faces” and “forked tongues”, who are hostile to us and our land. The only remedy we seek is to return to the principles of the kaianerekowa great peace and teiohateh two row.

Presently the dictators of Canada are trying to force all indigenous to speak two foreign languages, English and French, through new laws with severe punishment and destitution for those who don’t comply, in their continuing effort to complete the genocide. Our culture has nothing to do with English and French. They were to adapt to our principles. 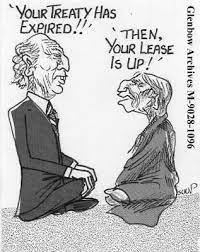 The canadien [squatters] have no land, no indigenous language and no culture here. They are not a nation and they do not belong here. Their country is where they come from and where they shall return.

Colonialism is a disease that has arisen under the influence of propaganda that targets us to make us become non-existent. They have not colonized turtle island. They are a military occupation force squatting on our land. They violate the kaianerekowa and teiohateh. Ever since their invasion they have tried to destroy the great peace and the people that follow it. Our protection from their military and colonial brainwashing are the great peace and our indigenous languages.

That symbol of the tree means world peace. None of these predators can come face to face and tell us what is the significance of the white roots of peace which is suppose to sit on top of the earth and encircle the whole world.

A Tribe Called Red reminds everybody that …. “You have taken the land which is rightfully ours. Years from now my people will be forced to leave our homes and reservations. Your people will wear cardigans and drink high balls. We will sell our bracelets by the roadside . . . and we will be forced to burn your village to the ground”