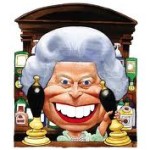 Carney went to Harvard and worked at Goldman Sachs. In 1998 he advised Russians and at the same time bet against their ability to pay back their debt.

In 2004 Carney worked under the current Canada Finance Minister, Jim “Austerity Measure” Flaherty. He provided additional liquidity to the Canadian finance system using our Indian Trust Funds.  The Corporation of Canada is thriving in comparison to the other G8 countries.

In 2009 Canada was capitalized with our money to take advantage of the US and European financial crisis. In 2010 Carney was chairman of the Bank for International Settlements, member of the Group of 30, World Economic Forum and Bilderberg Group [Rothschild entities]. 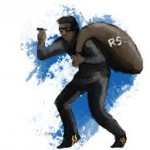 Carney, on the run with Indian Trust Fund.

Carney is now going to the UK with our $3 trillion. The Bank of England can’t steal this money without him. They need the banker who knows these secret bank deals.  Carney and the bankers are playing with the world’s economy. They invest worldwide using our money to extract Indigenous resources from our brothers and sisters in other parts of the world.

Britain is leaving the European Union in 2017 so that our money [natural resources] will finance their economy. The bankers need to turn the settlers here against us so they can be a party to the fraud without their knowledge. Their media constantly vilifies us.

By design their corporate band councils mismanage our money, stash it away and keep us in dire living conditions. Indian Affairs sends in the bankers. Multinational corporations then have free reign over our natural resources, for example, Attawapiskat. If there are no longer any Indigenous, then they don’t have to pay into the Indian Trust Fund from the exploration of our resources. 100% will go to the bankers through Mark Carney.

In the Iroquois consensus decision making process those issues that affect everyone goes into the Well for discussion and direction.  Everyone has a duty to add their thoughts to the solutions [Onigonra].  The Council is divided into three parties [Clans]. The Well Keeper of the Turtle Clan brings the issue out of the Well, explaining the question. He passes it over the Council Fire to the Wolf Clan, who deliberate. They pass their decision back to the Turtle Clan. They deliberate. If the decision is the same, the Bear Clan confirms the decision. In case of disagreement, deliberations start over, revealing new information.  If disagreement continues, the Bear Clan cast their ‘vote’, for a two-thirds vote. The minority then agrees with it, making it a unanimous decision.  The War Chief and his Men make sure proper protocol is followed.

Issue for deliberation:  Should we stop the bankers from committing the biggest heist in banking history, the theft of $3 trillion from the proceeds of the Indigenous natural resources and from all future extraction. Send your comments.

As Patsy Cline sang: “Oh, we ain’t got a barrel of money.  maybe we’re ragged and funny.  We’ll travel along, singing a song, side by side.”Patsy Cline: Side by Side 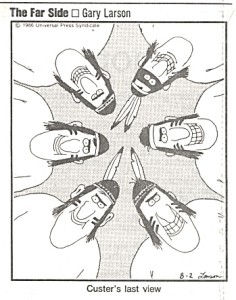 We’re waiting for you, Mark.

3 thoughts on “MNN: INTO THE WELL: INDIAN TRUST FUND HEIST”