MNN. January 1, 2014.  The natural calendar was usurpt and replaced with a corporate artificial one! Our calendar tied us our mother earth in the natural cycles of 13 moons and 28 days. To perfect the “divide and conquer” strategy, the Vatican had to first separate the people from natural time. In 1634 the new world order began. Natural thinking and the earth had to be enslaved mentally and physically. 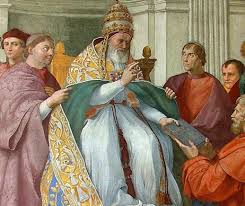 Pope Greg: “We can steal anything, even time!”

To take away people’s freedom Pope Gregory decreed the implementation of the Gregorian Calendar that we are all using to this day. This calendar was imposed upon every person in the world to take us off natural time. Artificial schedules were created for sleeping, eating, working, taking holidays, paying taxes, etc.

In Latin sol is the sun and sistere is “to stand still”. The seasonal movement of the Sun’s path comes to a stop before reversing direction. In the North the summer solstice is when the sun appears at the highest point in the sky from June 17th to 24th. On the 25th it goes down one degree and continue down until it reaches it lowest point on December 17th. 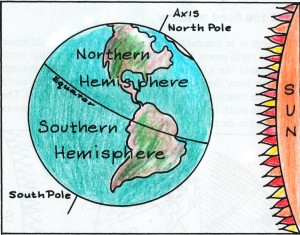 The sun stands still for eight days [solstice]. On December 25th it rises one degree to signal the beginning of the new year in natural time. The solstice is a phenomenon that occurs twice per year when the sun reaches its highest or lowest point in the sky and will stay there for eight days before reversing direction.

We won’t be free until we return to natural time. The dissolution of “owistah”, a disease of the mind, will happen soon after the return to the natural calendar. The Christian calendar is the rope around our necks. It’s meant to rape and pillage our mother earth while we are so disconnected we don’t even notice.

Good for the rest of the world that the Indigenous have maintained our ceremonies based on the natural timetable. May all of us have a good ride on this next spin of our Mother Earth. 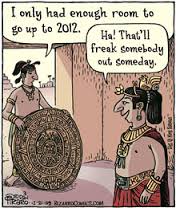