MNN. Mar. 3, 2014. The shaking of the ground started by the Tyendinaga Mohawks represents all the frustrations of Indigenous people everywhere: the 900 murdered and missing girls and young women that Canada refuses to investigate, the residential school death camps that murdered over 100,000 children, the continuing medical and social experiments by Nazis on our kids, Canada’s malnutrition experiments and a long list of crimes against humanity by the illegal corporation of Canada. 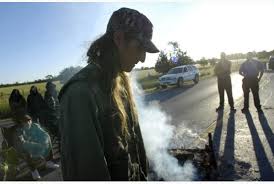 “Harper, there will be no more murdered sisters!”

The new Canada Education Act reminds us of Hitler’s plutocratic education statement: “Give me two generations of their children and I’ll have no problem”. We are being taught lies about everything such as that everything must be monetized, that the land can be owned, soon also our air and water and that whoever has the most money makes the rules. 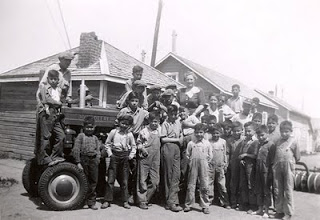 Russia was ready to help the Ukraine pay off their IMF International Monetary Fund debt. This threat to the bankers caused the black serpent US/EU/NATO to kick out the elected president and install an EU puppet banker.

Through deceptive language of legalese they have co-opted all governments worldwide to become corporations. Admiralty Law is based on Canon Law. The recent agreement signed by the Queen of England and Pope Ratzinger protects them from being charged and punished for their crimes.

The invaders are not naturally attached to the land or the original people. Canada is a foreign corporation injected by the bankers. We have always resisted their presence. The white serpent, the Free Masons, are in every town in Canada. There are 1,240 lodges [560 in Ontario; 118 in Quebec; 54 in Manitoba; 30 in Newfoundland; 114 in Nova Scotia; 51 in New Brunswick; 15 in PEI; 58 in Saskatchewan; l49 in British Columbia; and 141 in Alberta]. Their “religion” is referred to as The Craft. Within the rituals of The Craft, human blood is required. Historically municipal, provincial and federal politicians have always been affiliated with The Lodge. Free Masons do have a “god” who is Lucifer, another word for Satan. Free Mason Whistleblower. 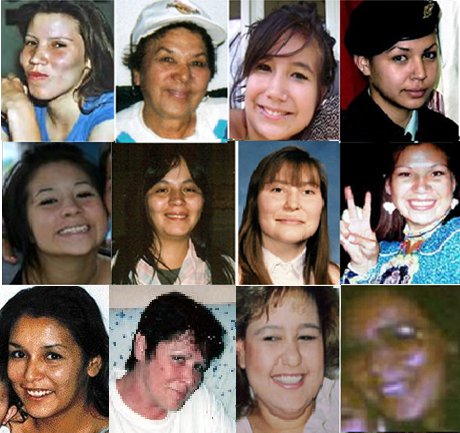 Our missing and murdered girls and young women. Canada refuses to investigate!

To regain our freedom we must drain and eliminate this abcess from our society. We cannot coexist with this evil enterprise.

We Indigenous are dangerous to them because we constantly advocate liberation of our land and ourselves. The Mohawks are “shaking the earth” by demanding that Parliament starts a real investigation of these murders by March 31, 2014. Canadians need to know which of their representatives are visiting the Masonic lodges. Remaining silent reveals they are members of this cult. They are evil doers who must leave Great Turtle Island.

As Malcolm X said, “time and the truth are on the side of the oppressed”. Long live the Indigenous people. Soon these serpents will be but a blot on a page in the history book.

When the Canadian people face this horror within their own communities, it will put an end to the bloodletting:  “Ride of the Valkyries”