MNN. Mar. 24, 2014. Why did the bankers send Prime Minister of Canada, Stephen Harper, to Ukraine?. Were Canadians behind the sniper incident? He pledged to the National Socialist Canada’s support for the coup.  Leaked sniper conversation.

Harper does not represent the true Indigenous people. He’s the CEO who reports directly to the shareholders of the Corporation of Canada. They have many safeguards in place. One of the monarchical control grids is the “Queen’s Privy Council” QPC.

The Prime Minister’s Office has as much power as the Fuhrer in the Third Reich in the pretend democracy called Canada. The Prime Minister’s Office PMO appoints the Queen’s Privy Council for life. They provide advice to the Crown [the royal banking families] to run the Corporation of Canada. Members are current and former ministers, chief justices of Canada, Commissioners of Security Intelligence Review Committee, former Governors General, Leader of the Opposition and others in the know. They keep secrets and clean up messes under the Security of Information Act. List of members of the Queen’s Privy Council.

Eight Canadian financial institutions,  Royal Bank of Canada, Bank of Montreal, Burgundy Asset Management, Griffin International Investment Corporation, Scotia Bank, Toronto Dominion Bank, Scotia Bond Company, Power Corporation of Canada and Ontario Teachers Pension Plan Board are Investing heavily in nuclear weaponry for absolute war worldwide. Canadian bankers investing in nuclear weapons. All the funds come from our stolen ever-growing $700 trillion Indian Trust Fund and our usurped natural resources. We absolutely do not want our natural resources to be turned into weapons of war. This violates the Kaianerehkowa, the Great Law of this land, and international law of the sea. 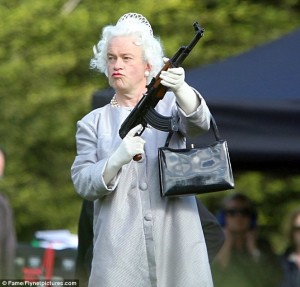 Queenie to her subjects : “You dirty rotten yellow bellies. I’ll give it to you right through the door!”

Harper assures the National Socialist that the West is behind him, and that the nuclear arsenal he needs is being financed and built in Canada. Cameco Inc. has opened new uranium mines in Saskaschewan on our land, which we have totally resisted.

Anyone can research the geneology of these current Queen’s Privy Council members and publish their names. Everyone should know who these criminal families are so their progeny never enjoy the fruit of their crimes. None of their descendants will get away with genocide or ecocide.

The bankers have fomented a dastardly plan. It may be the bullet in their own back! As Paperlace sings: “In the heat of the summer night, in the land of the dollar bill. When the town of Chicago died, and they talk about it still.” “The Night Chicago Died”. 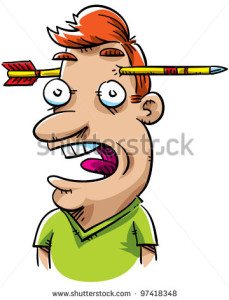 Harper: “Mr. Turchynov, let me assure you that all our Indians are under control”